Posted by CREEK NEWS WEEKLY Posted on 11:43 PM with No comments 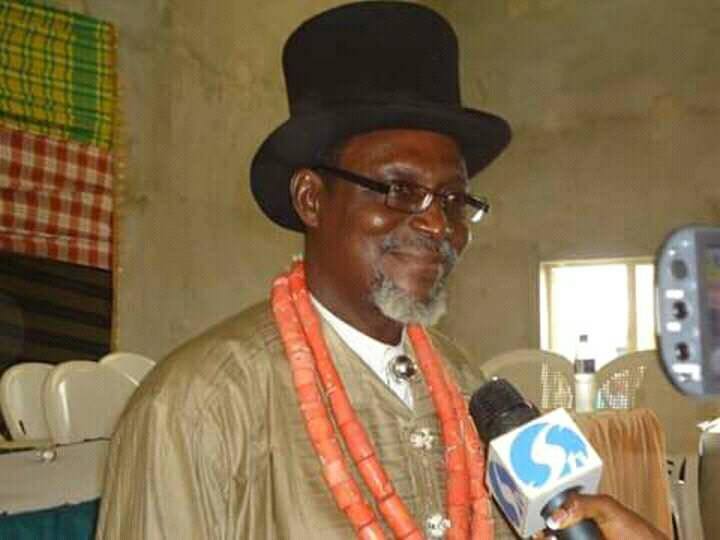 HRH Sir Dr. Bokumo Orukari, the paramount ruler of Sabagreia community, Kolokuma/ Opokuma local Government Area, Bayelsa State has advised youths in the south- south region to take education seriously as it is the bedrock for growth and development in the society.
The traditional ruler who gave the advise while chatting with journalists in his palace during his twentieth anniversary as paramount ruler of Sabagreia and seventieth birthday, said, it is in the relation to the importance they attached to education that the community collaborated with E & P Nigeria Limited to build a six classroom block.
Dr. Orukari used the opportunity to thanked the Bayelsa State Government, Total E&P Nigeria Limited, Hon. OgoribaWarma and Hon. EbiyeTarabina for contributing to both infrastructural and educational standards in the community.
On questioning, Dr.Orukari said “what is happening today would have been taken place many years ago, we disagreed some years ago, but we have finally emerged from our disagreement to become a stronger and more united kingdom”.
He said, the community now has a constitution which fashioned out the rules and regulations on how the community should be governed.
Continuing he said, Sabagreia community is made up of seven compounds, each of these compounds are headed by compound chiefs.
Earlier, the community honoured three of their illustrious sons, who have contributed to the growth and development of the community. They include, Professor Donbebe Solomon Wankasi, Professor Seiyefa Fun-AkpoBrisibe and Professor IwekumoEbibofaAgbozu.
In his speech, Hon. TarabinaEbiye, representing Kolokuma / Opokuma constituency I in the Bayelsa State house of assembly, has thanked the people of Sabagreia community for peacefully coronating HRH Dr.BokumoOrukari, as a man of peace and integrity.

He called on the people of the community to respect and support him as he has the ability to positively lead the people to the promise land.
Speaking in the same vein, Hon. TimiAppah,  special adviser on financial services to Governor Dickson & Executive Director physical planning Development Board Bayelsa State, said, he is surprise that they are coronating Dr. Orukari today as he has known him as Royal Highness for the past twenty years, within this time. Dr. Orukari has done well in line with the believe of the Sabagreia people, stressing that with the coronation, he has finally gained authority as paramount ruler of the community and recognized by the state Government.
He said with the installation, the Sabagreia king is now formally recognized by the Government and people of Bayelsa State, adding that since the king ascended the throne, it has been growth and development in the community.