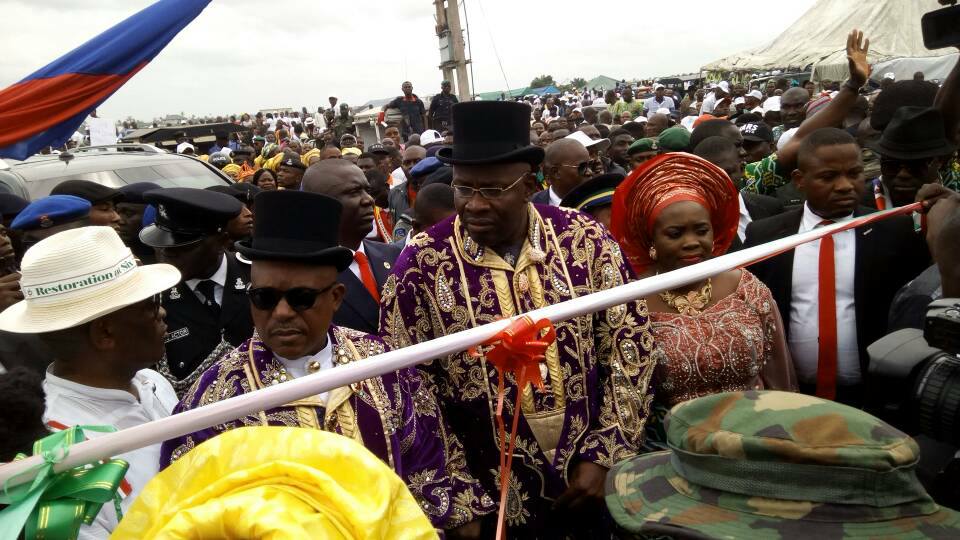 As Governor Henry Seriake Dickson rolled out the drums to celebrate his six-year in office, 16 All Progressive Congress (APC) chieftains have defected to the Peoples Democratic Party (PDP) in Bayelsa State

Some of the defectors include onetime commissioner of Health in Bayelsa state, Dr, Tarila Tebepah and Hon. Frank Otele

According to them, they are tired with APC and decided to return to their home where they belong.

Speaking, the state Governor, Henry Seriake Dickson has challenged those who want to be governor of Bayelsa state in 2020 must go to the grassroots to tell them what they have done, adding that they should shun violence and thuggery while doing that.

Governor Dickson noted that the 2015 election was nearly marred with killings that caused panic in the stale, appealing to Bayelsans in the state especially women to take note and avoid instigators.

Also speaking, the National chairman of PDP, Mr. Uche Secondus said that INEC is a parastatal of APC, but he’s optimistic that the PDP will take over in 2019, adding that Bayelsa is a PDP state.

He described Bayelsa state as aqua station of Florida and also appealed to those who are yet to defect to do so without delay as all will be welcomed back to the party.