Posted by CREEK NEWS WEEKLY Posted on 5:57 AM with No comments 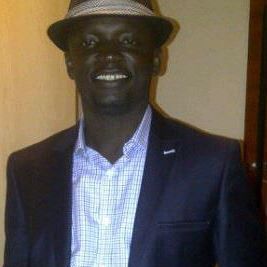 Yenagoa frontline House of Representatives hopeful, Hon. Blankson Osomkime has formerly inaugurated his media team at his residence in Yenagoa.

Hon. Osomkime who is running under the platform of the All Progressives Congress (APC) to represent the good people of Kolokuma Opukuma/Yenagoa federal constituency in the green chamber said, the inauguration became imperative because of the need to give concrete information, inter-face, synergize and educate members of the public about his aspiration.
He further charged members of the team to make professionalism and diligence astheir watch words.

Responding on behalf of the team, Yebufura Abanze Tonbara and Julius Bokoru in their separate remarks thanked Hon. Blankson Osomkime for the opportunity to serve in his campaign team and promised to give their best for the actualization of victory both in the primary and general elections.