Posted by CREEK NEWS WEEKLY Posted on 6:37 AM with No comments 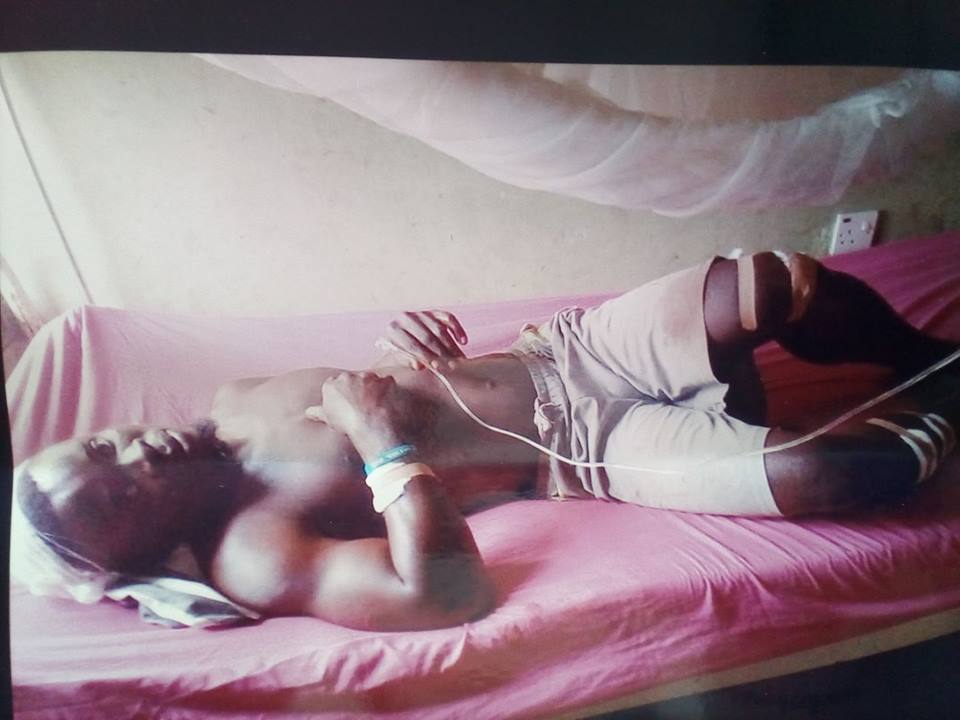 Narrating his ordeal to newsmen in Yenagoa, he said that the armed gangsters stormed his father’s house and breaks the first, second and third doors leading to his bedroom where he was sleeping on April 14, 2018 at about 2. am

They abducted him to the bush and subsequently struck him down and hit his head, legs with the butt of their guns, making him to be unconscious for a while before he regains his memory.

According to him, he suspected his step brothers ( names withheld) behind the attack meted to him because they have earlier warned him that they will kill him for blocking them from installing one of their own to be chairman of Mein Cluster GMO operated by Shell Petroleum Development Company (SDPC).

Mr. Deboh Emmanuel who is chairman of Dodo Youth Federation Council was however taken to Bilabiri 11 Hospital when he was rescued by good Nigerians to take medical attention for the injuries he sustained after the incident.

According to him, he is still feeling abnormal leg, eardrum, head and leg pains from the beatings he received from the gun men.

Asked whether he has reported the matter to the police, he said he will do that immediately.
However, he called on the security agents to intervene in the matter and protect his life and parents because they are facing  great danger ahead as he further getting threat calls, quoting them as saying “ it is only men that is alive that address press not dead men’.