Posted by CREEK NEWS WEEKLY Posted on 8:57 PM with No comments 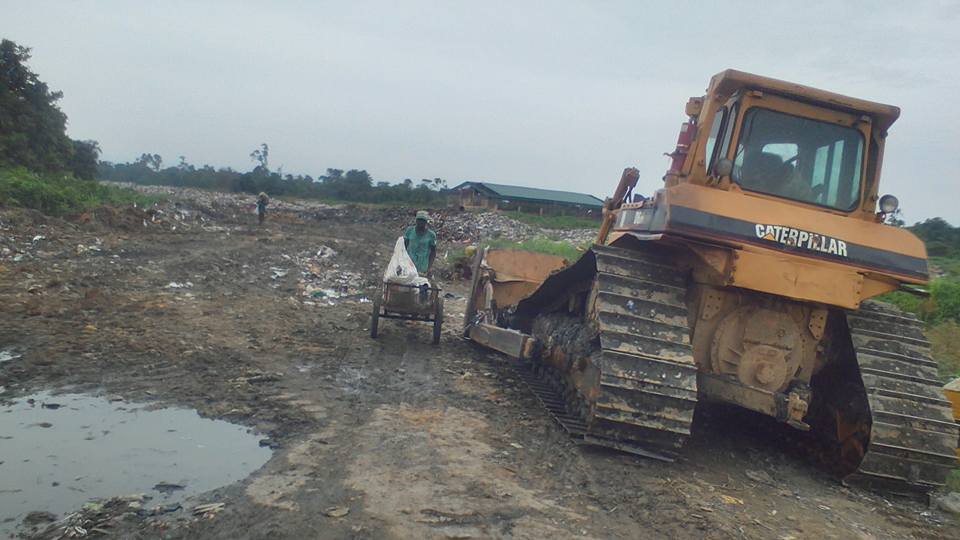 By Austine Bodo......Jide Dominc
The Managing Director of Brikari Limited Engr. Bright Ayibakari has cleared the air over the accumulation of refuse bins in Yenagoa metropolis recently.

According to him, a sister contractor handling the evacuation of the garbage at the central Okolobiri Road dumping site by Tombia Road has not finished pushing  away the refuse to the stream at the dumping site, adding that his company is poised to clear the accumulated refuse bins within two days in Yenagoa metropolis.

However, he assured that everything is being done to ensure that the status quo is maintained as the contractor handling the Okolobiri central dumping site has already started work to enable his company to do its job properly.

Meanwhile, opinion leaders have suggested that the contractor handling the evacuation of gabage at the Okolobiri dumping site should use a stand-by D-7 bulldozer daily to push away the refuse dumped on the road side.

Engr.Ayibakari however assured that his company would commence the clearing of refuse dumps on the streets of Yenagoa tomorrow.