Posted by CREEK NEWS WEEKLY Posted on 9:00 AM with No comments 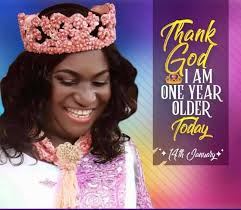 A cross section of Niger Delta Royal Queens have said “no” to visit the Queen of England.

They made this assertion while adopting communiqué issued at the end of the Niger Delta Peace Building Summit (NDQPBS) in Yenagoa, Bayelsa state.

For instance a Queen from Delta State, Her Royal Majesty, Obi Martha Dunkwu who supported the "proposed visit" to Queen Elizabeth argued that, the visit should not be for Niger Delta Queens alone but should be extended to accommodate other prominent women in the country so as to avoid protest from women.

Another Queen who wants anonymity said that she voted against the "proposed visit" to Queen Elizabeth in the communiqué sees it as a waste of funds and decolonization by the white man again.

She insinuated that the chairperson of the Bayelsa State Traditional Rulers Wife's Association (BSTWA) who is also the convener of the summit, Dr. (Mrs.) Josephine Diete-Spiff, used her position, as the brain behind the idea to stampede the "proposed visit" against the wish of the Queens.

So at the end, those who kicked against carried the day and the item in the communiqué was erased.
However, Mrs. Diete-Spiff emphasized that the visit will not only build up the confidence of Niger Delta Queens but will make them see themselves as mother's to all.