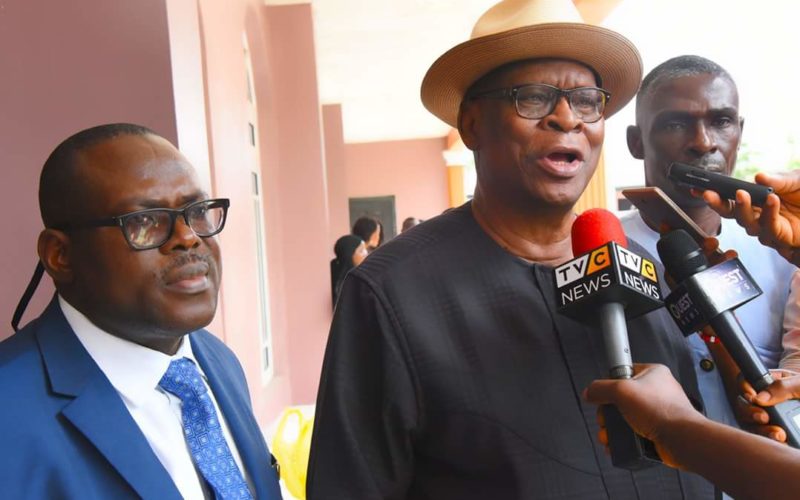 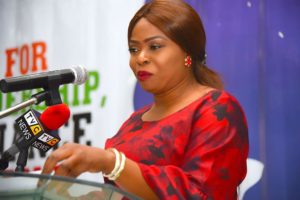 Ijaw stakeholders under the aegis of G24 Embasara Foundation, has presented a draft of the code of ethics and leadership qualities aspiring successors of Governor Seriake Dickson in 2020 must possess.

The draft, titled, “Ijaw Nation Code of Ethics, Leadership and Governance,” and presented by the former state commissioner of Environment, Mr. Iniruo Wills, outlined that the next governor and other elected political officers in the state must declare their assets and adopt participatory governance. It also includes the audit of government account by selected Ijaw leaders.

The stakeholders, made up of politicians, former political office holders, youth groups and elders under the Ijaw Elders Forum agreed that the successor to Governor Dickson and other elected officers must adhere to the code of ethics for good governance In the state.

Speaking at the one day summit convened by the non-partisan group known as G24 Embasara Foundation, in Yenagoa, the chairman of the event, Chief Amba Ambaiowei, attributed the uncoordinated issue of governance and development to the failure of the elected officers to follow a laid down code of conduct.

“It is known all over the state that our politicians and political leaders are the cause of our woes. They introduced several serious social ills into our society namely election violence with rigging, militancy, kidnapping and fraudulent mismanagement of our resources.”

Chief Amba Ambaiowei, alleged that politicians in the state are responsible for disrupting the peace in the communities in their desperate bid to win elections.

“They recruit and mobilise supporters especially the youths who are abandoned after elections. In return, these youths now vent their disappointment and frustrations on the public, resulting in militancy, kidnaping and other vices,” he added.

“Our legislator fail to play the expected role of team work with their respective constituencies in evolving developmental objectives,” he added.

The summit’s keynote speaker Ms Thelma Ekiyor spoke on the need for the people to elect leaders with vision with the drive for development and growth, adding that sustainable development should be the goal of the leadership.

According to her “Countries like China, Qatar, Saudi Arabia have revealed that representative, accountable and transparent government is not always a pre-requisite for economic growth or poverty reduction.Over the past 30 years, some ‘authoritarian’ regimes have delivered both development successes and failures.

“Similarly, some democratic governments promote economic growth, social harmony and the welfare of their citizens, while others breed recurring economic crisis and social conflict. However, evidence suggests that greater representation and accountability can build a political system that reflects the values and interests of communities, increases the state’s legitimacy,

“combats corruption and may contribute to long-term stability. Bayelsa State should aim for the latter. Accountable governance systems are more likely to ensure that growth is equitable and inclusive – for example, sharing the wealth of natural resource extraction across communities, rather than concentrating it in the hands of a few powerful people”, she noted.

On his presentation an environment rights activist, Reverend Nnimmo Bassey lamented the destruction of the ecosystems by major oil companies and harp on the need for the people to resist any attempt to degrade their environment.

He called for the remediation of the Niger Delta environment by the Federal government as it is been done in Ogoni land.

Also speaking on the theme “ The Bayelsa Economy: Defining a new paradigm “ a development expert Adolphus Ekpe expressed the need for the leaders to prioritise development in the state to enable the people benefit from the their programmes.

He also suggested that medium scale industry be established in all the local government areas, with a focus on cottage industries in target communities, stressing that it would create wealth and employment opportunities for the people.

Highlight of the summit was presentation of a communique by the organizers of the event.