Posted by CREEK NEWS WEEKLY Posted on 8:59 AM with No comments 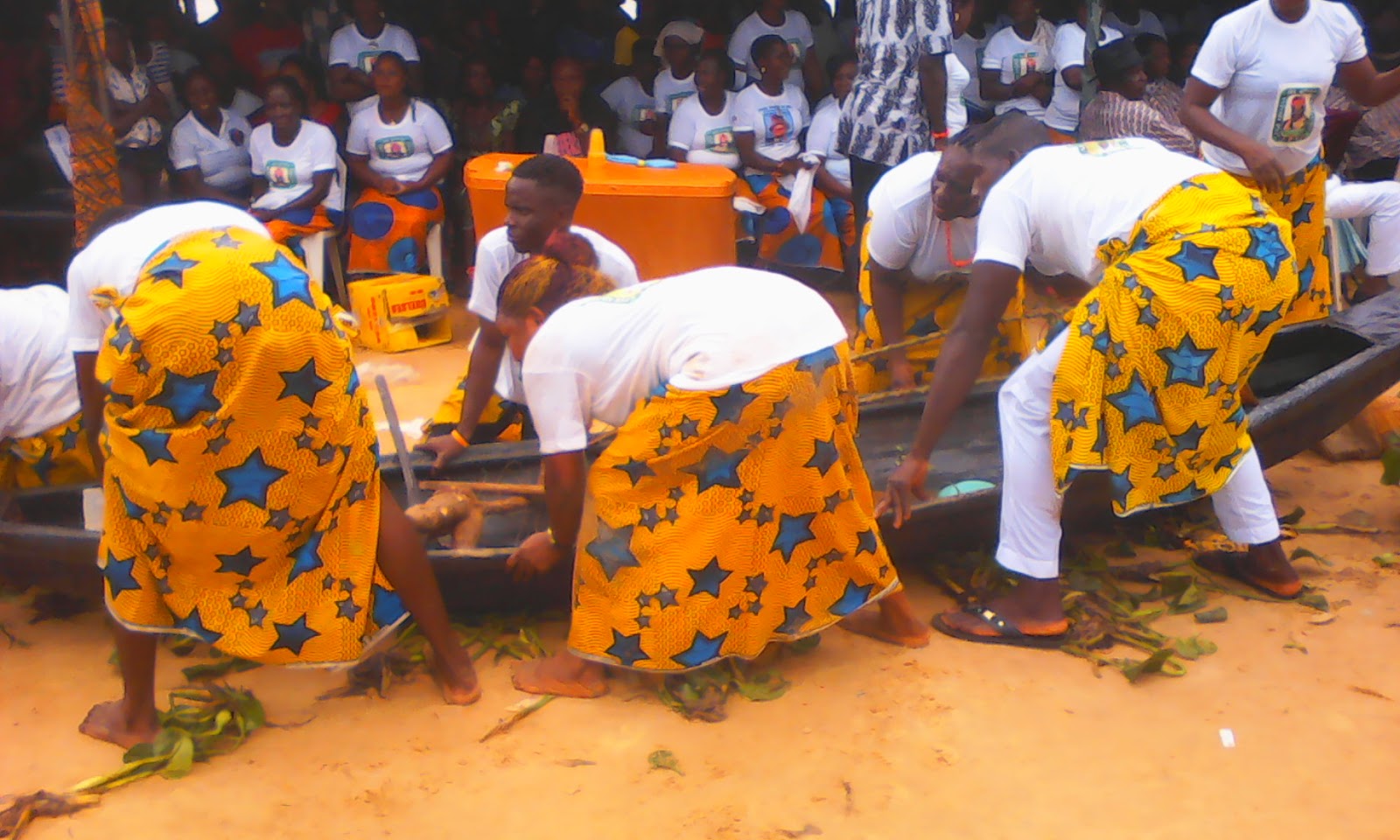 The dramatic personae
The rampant threats by security agents against fishermen and women were dramatized by the Onopa community at the just concluded Ugei Adiafaa New Yam festival at Ogboro Town in Yenagoa Local Government Area of Bayelsa state.

Drama as the cultural troop launched a canoe laden with water hyacinth to present their new yam gifts to the clan leader of Atisssa, HRM King Igodo at the podium with the Bayelsa state deputy governor, Rear Admiral Gboribiogha John Jonah (rtd) as the special guest of honour.

They displayed the daily difficulties the fishermen and women encounter while going for fishing in their community river.

They claimed that security agents prevented them to do fishing as they usually block the river for “security reason” which is eventually making life unbearable for them to survive.

Besides this, government has no clear cut measures to evacuate the increasing water hyacinth floating in the river which have prevented them to pull across to their fishing destinations.

It is could be recalled that the Bayelsa state Government House is located along the Onopa Community River, the seat of power.

However, in his response Rear Admiral John Jonah (rtd) has appealed for calm and understanding for their plight, adding that government is doing everything possible to tackle the issue.