Posted by CREEK NEWS WEEKLY Posted on 10:25 AM with No comments 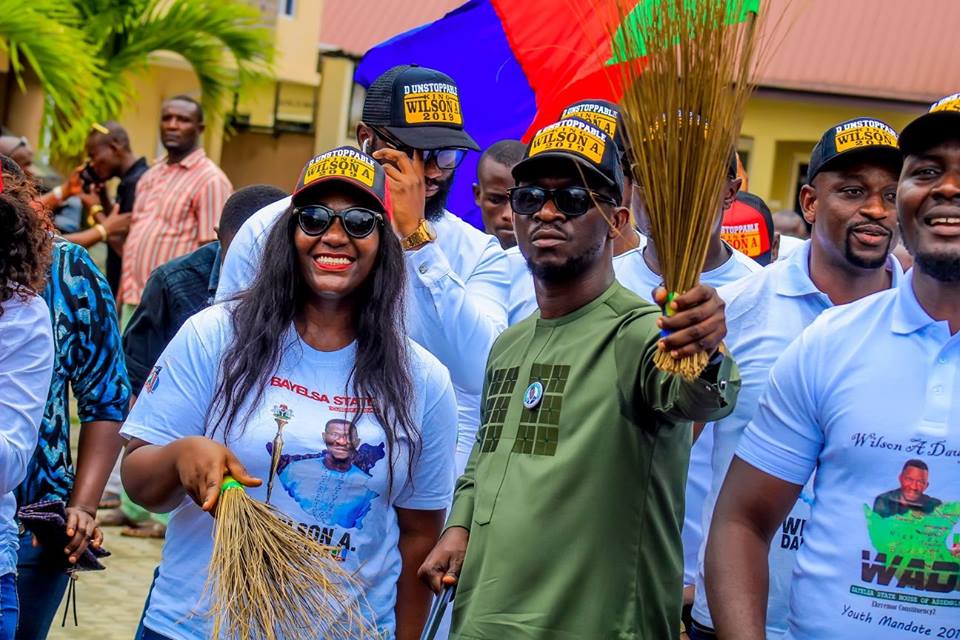 Wilson Ayakpo Dauyegha
No fewer than 13 communities that makes up Ekeremor constituency two in Ekeremor Local government area of Bayelsa State  has pledged their support for the consensus candidate of the All ProgressiveParty(APC), in the forth coming State assembly election.

Major stakeholders, youth groups, student community, elders and women Groups made their position known in a rally yesterday at the party Secretariat in Yenagoa.

Addressing the large crowd of supporters during the submission of nomination form by the aspirant, the State Deputy Chairman of the APC Hon. Ogeibiri Orubebe, said the community's and stakeholders agreed on a consensus candidate from Ekeremor main town that has no representation for a long time to avoid post primary crisis, adding
that the party is working assiduously to ensure the best candidates emerge for the general elections.

He disclosed that from records aspirants from the APC going into the contest are more credible than the ones PDP are forcing on the people, adding that they have done series of consultation and have the full backing of the people.

Also speaking, the woman leader of WAD campaign team, said it is 100 percent support for the consensus candidate Hon. Wilson Dauyegha or nobody else, adding he is the only credible representation we will support for the assembly seat of EKELGA two.

Hon. Pere Fadah, the publicity secretary of the party at local government level, said the constituency has not had any representative since the pioneer speaker of the house left, no meaningful project, the people are suffering and can't continue like this, rather we will
support the mandate of the people.

In his brief, the aspirant, Hon. Wilson Ayakpo Dauyegha, commended the people for the show of love and the wise choice of his emergence, promising that he will not disappoint the choose of the people.

He submitted that the time to contribute meaningfully and attract more development to the people is now, noting that we will sensitize the people on the need to protect their votes.