Posted by CREEK NEWS WEEKLY Posted on 3:32 AM with No comments 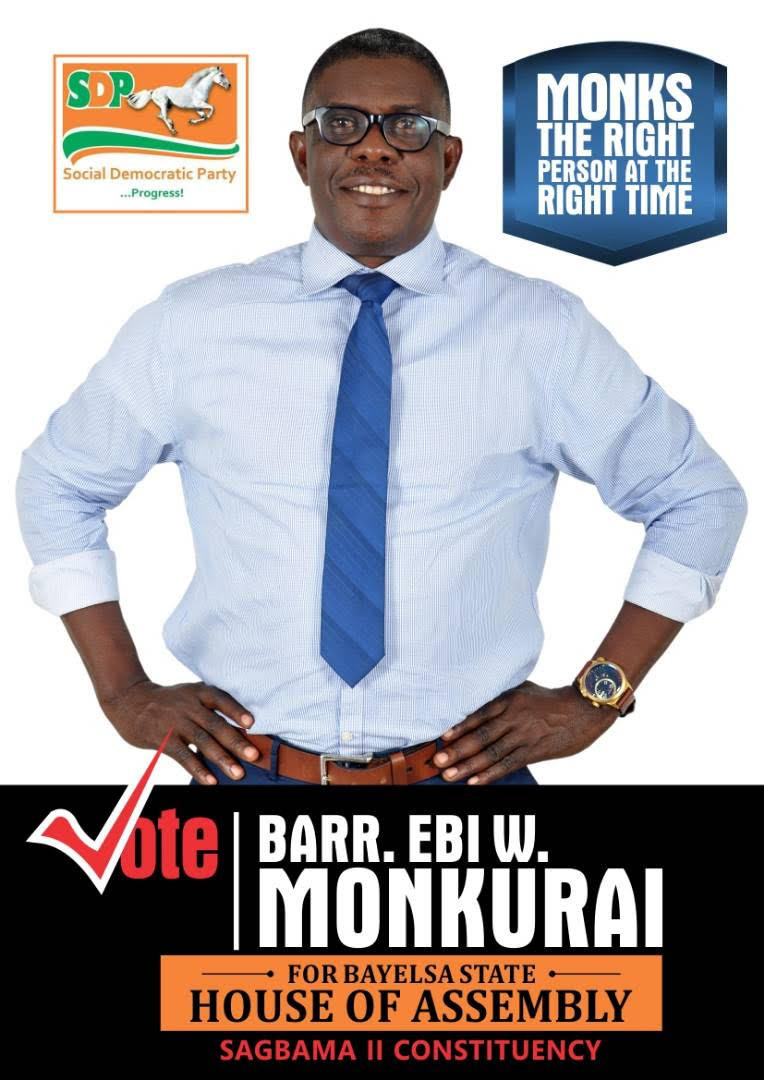 The Social Democratic Party (SDP), flag bearer in the forthcoming  Sagbama Constituency 11 election , Barrister Ebi Moukurai has pledged for better and effective representation, if elected into the Bayelsa statehouse of Assembly.

He stated this while donating relief materials to communities affected by flood in constituency 11 in Yenagoa, the state capital.

Barrister Moukurai advised the people of the constituency to vote wisely in the 2019 assembly elections In the state, and that they should not vote on party lines but  rather consider the personality of the candidate involve or representing them.

He stated further that his doors would be open and assessable and would be listening type.
According to him he decided to donate his widow’s mite to the victims of the flood affected communities because of their plight.

The relief materials comprises of rice and cash gifts among others were distributed to the affected communities in the constituency which includes Akedei, Osiama, Esoine and Toru-ebeni.
Barr. Moukurai also pledged to donate his salary towards the development of each community in the  constituency if elected

He also said the constituency fund in the assembly belongs to the people, therefore he would set up a committee to administer the fund and where to site projects.

Therefore, he urged the people of the constituency to collect their PVC to vote for him massively