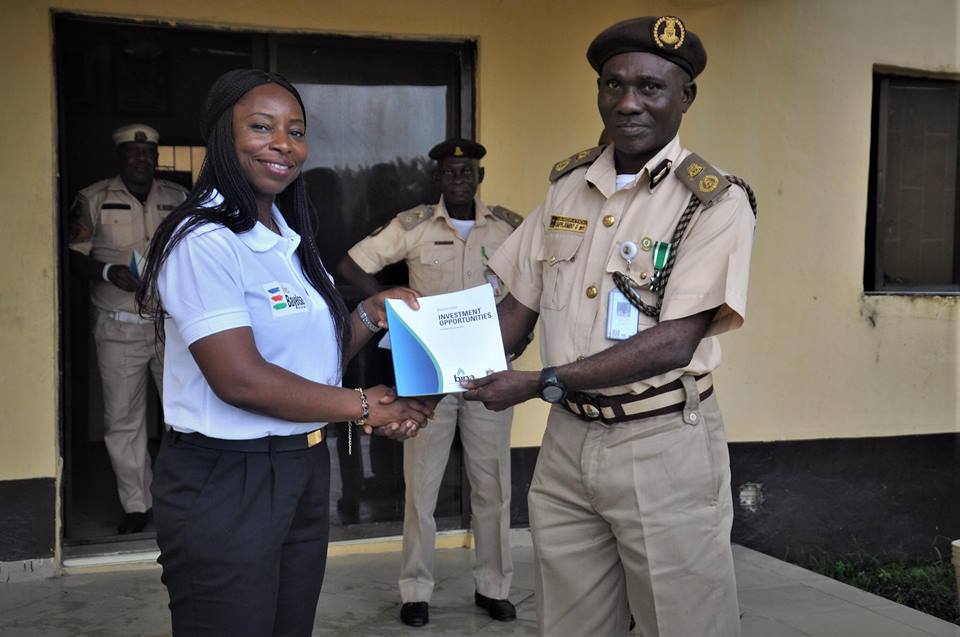 The Director General of Bayelsa Investment Promotion Agency,(BIPA), Patience Abah, has described the state as “safe haven for business and investment to thrive, noting that there are a lot of business opportunities open to explore in the state.

Abah made this remark during a courtesy call on the State Comptroller of the Nigeria Immigration Service (NIS), Mr. Chapp Jumbo, in Yenagoa, the state capital.

During the a courtesy visit, Ms. Abah solicited the collaboration of the Nigeria Immigration (NIS) on business promotion.

According to the BIPA DG, the collaboration with the NIS is to consolidate on the already existing relationship between the Agency and the NIS Bayelsa State Command, as its relates to the ease of doing business in the state, stating that the agency has the mandate of attracting both foreign and local investments to the state.

She emphasized that the NIS along with other federal and State Government agencies have key roles to play in the facilitation of business and trade, and are therefore key partners in the success of the State’s one stop investment center.

She also solicited the collaboration of NIS in the provision of services through electronic means, to improve the ease of doing business in the state.

She said: “Our aim in BIPA is to work towards ensuring that Bayelsa state is ranked the highest when it comes to the ease of doing business in Nigeria and in making that happen we need to have key collaborations with key federal and state agencies which have the mandate to deliver services that facilitate investment, trade and business. The NIS is one of such agencies, which is why we are having these discussions today.”

In his response, the state comptroller of the NIS, Mr Jumbo, commended the DG for the visit aimed at cementing the existing relationship between the command and the agency, and described the NIS as a critical stakeholder in the area of tourism, trade and investment. He assured the DG of the resolve of the command to do its best to improve on the past performance by rendering good services.

Earlier, while conducting the NIS state comptroller around the Bayelsa International Airport, the BIPA DG said the NIS services will be required to provide logistics support and services.

Commending the State Government for the establishment of the airport, the NIS state boss pointed out that the airport will boost tourism and investments and will serve as a major economic hub, stressing that the command will partner the state to boost investment and tourism.