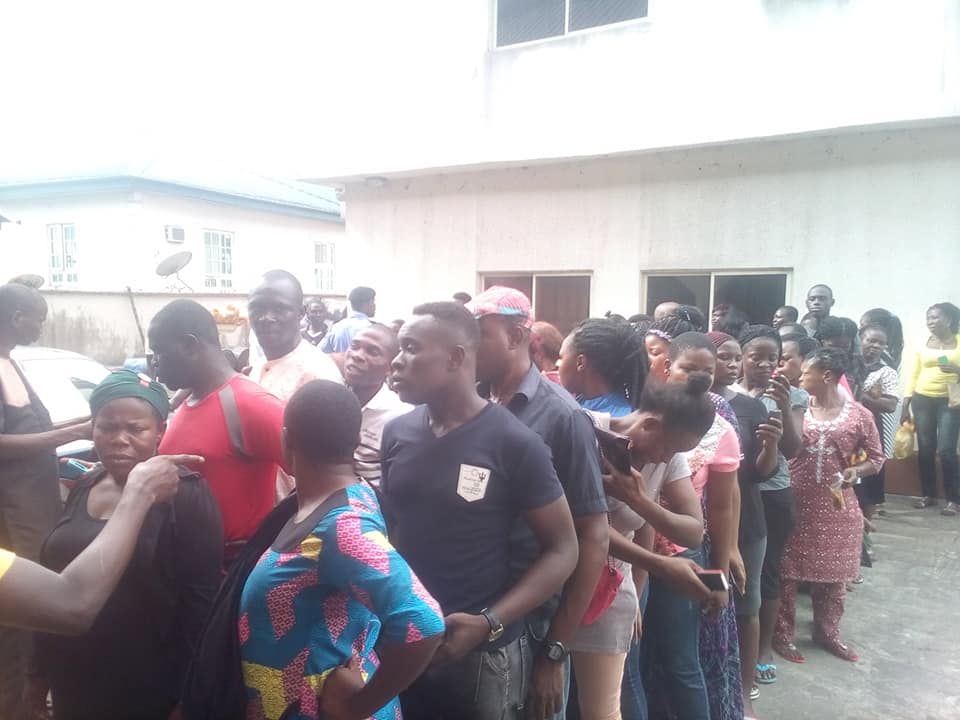 Traders queuing up to collect their N10, 000
By Daniel Domotimi

Traders in Bayelsa State has expressed satisfaction over the disbursement of N10, 000 by the Federal Government through Bank of industry.

The Programme, under the aegis of Government Enterprise and Empowerment Programme GEEP, is said to have targeted over ten thousand traders in the state.

Some of the traders after receiving the money promised to make good use of it, saying it is a great encouragement for them to boost their different business pursuit.

Addressing some journalists during the disbursement, Mr. Oluwale Johnson, the coordinator of Global Decision Market GDM Group said, "We are targeting several persons as possible within the N10,000 capacity and they must be of the Small and Medium Scale Enterprise (SME) category".

On the challenges the groups have been facing, the coordinator said, "we have been facing a lot, especially the cultural differences which makes it difficult to get the people to adopt the project, even though they have been registered".

On her part, Mrs. Oluwakemi Adene, a representative of Eyowo money operators, in charge of the disbursement for "Traders Moni" said, "Eyowo is a mobile money operator in charge of disbursement for " Traders Moni Projects" in collaboration with the Federal Government Bank of Industry, aimed at carrying out the task of activation of N10,000.00 each to make SME's owners feel good even though most of them complain a lot"

"A lot of them don't believe untill when they see their pairs benefiting and that have resulted to a rush",  Mrs Adene added