Posted by CREEK NEWS WEEKLY Posted on 7:47 AM with No comments 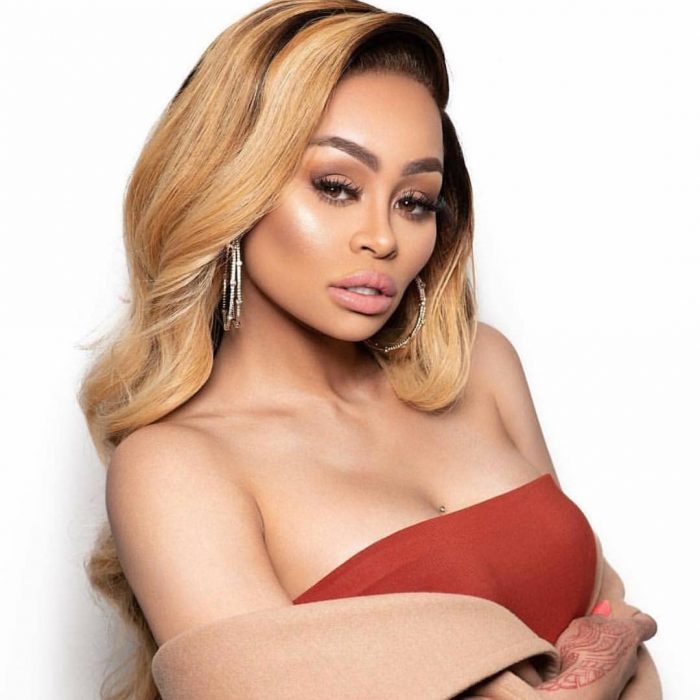 Blac Chyna
American Super Model, Angela Renee White a.k.a. Blac Chyna who is set to launch her whitening cream has arrive Lagos this morning with a taste of Nigerian Jollof Rice which said was the best.
The former Stripper who was ushered into Lagos from the Murtala Mohammed International Airport with maximum security to a hot plate of the much talked about Nigerian Jollof rice was excited.
The 30 year old mother of two (`King’ in 2012 with rapper, Tyga and `Dream’ in 2016 with Rob Kardashian) took to her insta-story to share the picture of the plate of Nigerian Joloff Rice with a caption:
“Nigerian jollof is so bomb’’.
The super model proposed cream launch brought some many reactions from Nigerians including threat from some quarters not to step her foot into Nigeria to offer Nigerian ladies is her bleaching cream.
The model cum rapper had announced earlier on that she will be in Nigeria on Sunday, Nov. 25 for the launch of “Whitenicious X Blac Chyna Diamond Illuminating & Lightening Cream”.
Equipped with a Swarovski-crystal studded jar, the cream is said to increase “moisture for a brighter beautiful comfortable feel” according Whitenicious official Instagram page @whitenicious.
The company described the cream as the key to “less discoloration and unevenness while SPF protection minimizes future damage.”
The cream is supposedly said to go for a whopping $250 dollars per jar, that is about N90,750 a bottle.
According to reports she has been using Whitenicious dark spot corrector for a few years to deal with her hyperpigmentation.
However, the model who is also an enterprenuer is partnering with Whitenicious by Dencia to roll out the beauty product.
In December 2013, she launched her online boutique entitled `88fin’ filled with new clothing and products from her clothing line of the same name.
That same month, Chyna launched her own brand of adhesive eyelashes called “LASHED by Blac Chyna’’.
Also in February 2014, the model who graduated from JLS Professional Make Up Artist School purchased a beauty bar in Encino, Los Angeles, offering makeup course.