Posted by CREEK NEWS WEEKLY Posted on 4:28 AM with No comments 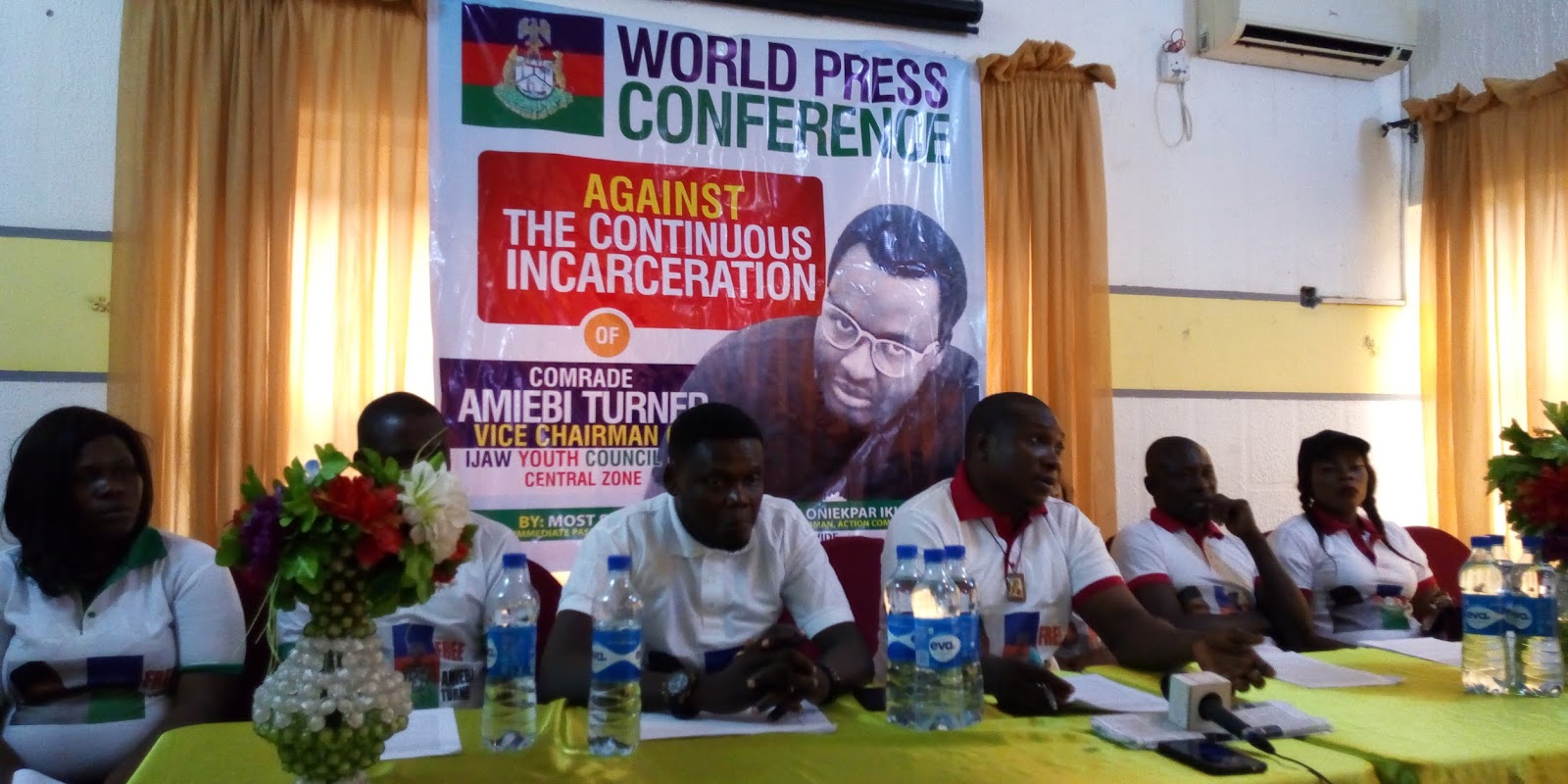 He made this assertion while addressing World press conference at Hoils Suit in Yenagoa Friday.

The former IYC leader has therefore appealed to IYC and Ijaw National Congress (INC) leadership to intervene on Comrade Turner’s bad health condition because life is sacrosanct beyond any other thing.

According to him, aggrieved parties of the IYC used inbuilt internal mechanism to resolved issues amicably by elders of IYC, INC and other Ijaw leaders in the past and not to be drag to court but the matter of Comrade Turner case has turned to something different despite various efforts put in place to resolve it but rather he is being detained by the police in prison custody.

The former IYC leader is of the view that the young man has spent more than two months in detention as he’s dehumanized and subjected to inhuman treatment whose health condition looks pathetic in nature and something should be done medically to save him to face his trial.

He recalled that IYC stand against injustice, marginalization and ill-treatment for the people of Ijaw nation by the major ethnic groups in Nigeria and therefore “we should not be blinded not to see the perpetrators of same ills against some sections of Bayelsa state and the Ijaw nation at large”
.
Comrade Ikuli concluded by saying that the gods responsible for the ordeals of Comrade Amiebi Turner, vice chairman of IYC, Central Zone should allow reason to prevail knowing that the whole world is watching, adding that power is transient, dynamic and temporary