Posted by CREEK NEWS WEEKLY Posted on 7:35 AM with No comments 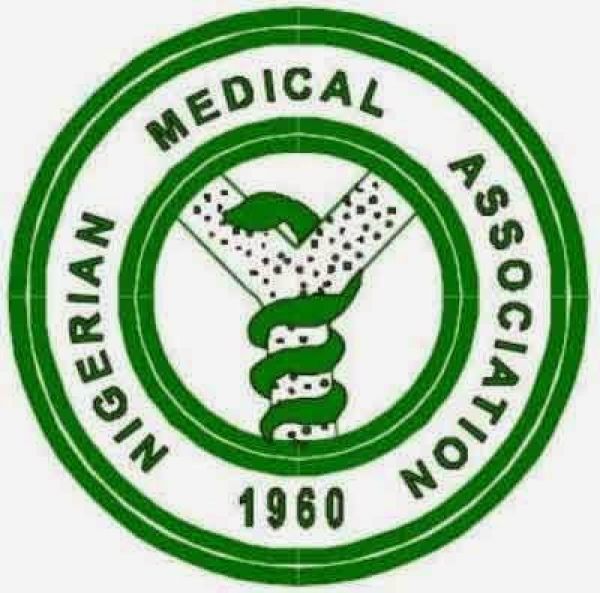 The Nigerian Medical Association (NMA) Bayelsa state chapter has donated relief materials worth millions of naira and also provided medical care to over thousands of patients with cream team of medical doctors in attendance at the designated Internally Displaced Camps (IDCs).

The Chairman of NMA Bayelsa State, Dr. Peter Alabrah, while fielding questions from Journalists at Sampou, while presenting the food materials and medical care said, it was part of its corporate social/health responsibility, stressing that government alone cannot meet up the obligations in catering for the well being of the citizenry, the donation was part of the core mandate of the association which was to put smiles on the faces of the less privileged ones ravaged by the flood, while tasking them to be conscious of the environment “prevention is better than cure”, noting that the body is exposed to all sorts of environmental hazard like bacteria, viruses,  also thanking the Executive Governor of Bayelsa state for the provision of various health faculties in Bayelsa State.

The Chairman of the flood committee in Sampou community, Chief Chapman Odon thanked the NMA for their kind gesture, stressing that it was first of it kind, equally appealing to other NGOs, corporate bodies to support. Also speaking, Mr Panebi Richard Ozori, and Miss Faith Ebi as well commended the NMA for their great provisions, while recounting their ordeal stressed that the whole sampour community was almost flooded except few houses, noting that no life was lost, but the trauma still counting, which will no be easily forgotten in a hurry, so the duo added.

Also, the NMA chairman Bayelsa state chapter Dr. Peter Alabrah, while speaking during the NMA physicians’ week, which took place at the Aridolf Hotels in Yenagoa, said that the physician’s week was a weeklong annual event of NMA aimed at celebrating medical and dental practitioners.
According to him, the theme for the 2018 Physicians week was “Universal Health Coverage-Leave No One Behind.” Where reputable  resource persons presented papers.

Dr. Alabrah commended the Executive Governor of Bayelsa state for the establishment of Bayelsa state Health Insurance Scheme and the Bayelsa state Primary Health Development Board in achieving UHC, also resolved to work together with relevant stakeholders and other professional Associations in the Health sector, as well as partners donor agencies” he said.

The Chairman of the occasion Professor Seiyefa Brisibe thanked NMA, also urged leaders to muster political will to deliver quality and effective health care services in Bayelsa State and Nigeria at large, he further stressed that there was also need to address the issue for human resource for health, the ratio of reduce inefficency by training and retraining of health personnel, welfare, renumeration and health equitable distribution of health workforce across the state as well as accountability and prudent management of avialable fund must be ensured.

On the sub-theme of the event, “Closing the Gap in Polio Eradication Strategy in Nigeria by 2019, the role of NMA” a paper presented by representative of UNICEF stressed that through aggressive advocacy of Polio, the menace has been so reduced in the state while tasking other principal stakeholders to support the complete eradication of Polio in Bayelsa State.

Several solidarity speeches made, the Commissioner for Health Professor E. Etebu who was ably represented by the permanent secretary of the ministry, Chairman Members of Bayelsa State Health Insurance Scheme, and other principal stake holders presented good will messages.