Rector of Bayelsa IITH is a fraud, says Registrar

Posted by CREEK NEWS WEEKLY Posted on 3:39 AM with No comments 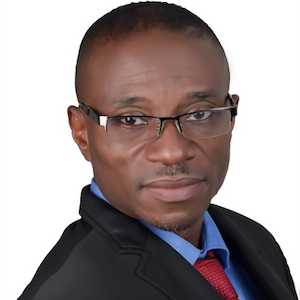 LEO ADEH, REGISTRAR IITH,YENAGOA
It appears that the brewing power tussle between the Rector and Registrar of the Bayelsa Institute of Tourism and Hospitality is rearing ugly head as the registrar allegedly accused the rector as a big fraud in the institute.

Briefing newsmen Thursday, Yenagoa, the Registrar Mr. Leo Adelakun remarked that the Rector Mr. Samuel Johnson has diverted the institute funds to his personal use rather than the interest of the management and staff of the school.

For instance, he told newsmen that Mr. Johnson short changed N15m amnesty training accommodation fund for the institute which he paid N4.5m only.

Not only that, he also accused Mr. Johnson  of diverting the sum of N236m released by the Presidential Amnesty Programme, Abuja for servicing of the training and empowerment of 100 delegates deployed to the institute in 2017 to his personal account, an amount that would have accrued to the institute.

Others include N5m set aside by the former Special Adviser of the Presidential Amnesty Programme requested to be used for a Civic Centre Project in Torofani community was diverted by Mr. Johnson for his personal house project and, of course the registrar also accused the Rector of fronting his wife and daughter as suppliers of most of the Empowerment items (stater packs) to the tine of N80m, adding that there was a refund of N2.7m which his wife’s company is yet to pay.

Furthermore, he accused the Rector of obstructing the accreditation process of the institute by the National Board of Technical Education (NBTE) to operate as Monotechnic to allow the institute to start three national Diplomas to run on the grounds that the application letter to the board was signed by him.

The Rector also told journalists that Mr. Johnson had been briefed on the IATA accreditation of the institute in 2015 but he lacks  the moral integrity, honesty and managerial competence to lead the institute to the next phase of development as an international training institute bearing in mind that the state International Cargo Airport requires the services manpower being trained by the school which has now become a big blow to the state.

He is of the view that he cannot sit idle and watch this financial anomaly that is rocking  the institute and decided write to the appropriate authorities to intervene on the matter, adding that he is not a criminal but a true  Bayelsan as it is claimed that all Ijaws are historically derive from Yoruba origin.

He described himself as a full time career civil servant and competent to become the registrar of the institute by virtue of his transfer of service to the institute.

Recalled that the Rector, Mr. Johnson and some staffers have protested over acts insubordination by the registrar and the the register claimed it as false, saying the demonstration was carried out by miscreants and rented academic staff that causes trouble in the school.