Staffers of International Institute of Tourism, Hospitality protest in Yenagoa 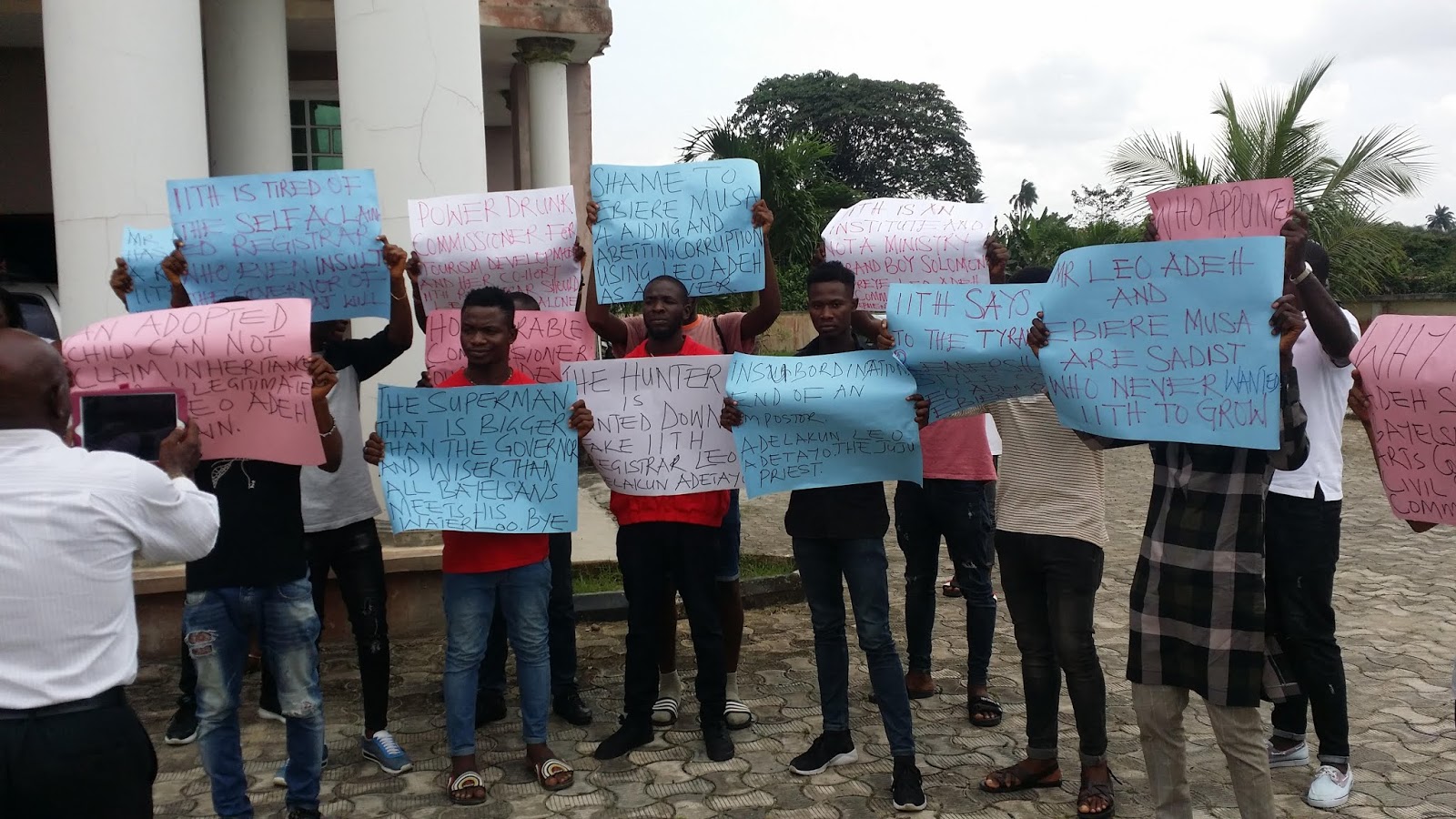 THE PROTESTERS
More than 60 staffers of the Bayelsa International Institute of Tourism and Hospitality, Yenagoa, have protested against the indiscriminate sack and posting of some workers by the Registrar of the school, Mr. Leo Adelanko.

Speaking to newsmen, the chairman of the Academic Staff Union of Polytechnics (ASUP) Mr. Deedee Ebisinte said that the protest has become imperative following the registrar’s high-handedness of his administrative functions in the institute.

He questioned the rationale behind by the registrar to employ more persons into the school when the government is redeploying staff back to their various MDG’s and others sacked without authority by the Rector of the institute, Mr. Sam Timi Johnson.

Not only that, he accused the registrar of running the school like his personal property, adding that the registrar should be sacked as he is not appointed by the state government.

In an interview with the Rector of the institute, Mr. Sam Timi Johnson described the registrar’s attitude as acts of insubordination to the smooth running of the school, adding that he did not take instructions from him as if he is the head of the institute.

He recalled that he went on vacation recently to the United States of America, USA, and instructed him to renew the MOU between the Amnesty Office in Abuja and the institute but he went there to do different thing entirely without result.

He asked him to furnish him with details of meeting, but the registrar ignore him. To this end, he suspended him for three months.

While he was asked to pack his belonging in his office, he attempted go away with a school file containing a petition against him being addresses to the state commissioner of tourism – a plot to sack him from office as rector.

In her comment, the commissioner of Tourism, Mrs. Ebiere Pere Azuwa Musa confirmed the petition, adding that an administrative panel would be set up to investigative the matter soon.