Posted by CREEK NEWS WEEKLY Posted on 3:40 AM with No comments 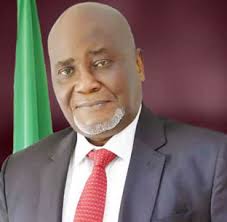 Amb. Makera made the call while speaking with newsmen shortly after the annual general meeting of the group in Yenagoa, the Bayelsa State capital.

According to him, the implementation of the 3rd phase amnesty will enable the Federal Government consolidate on the existing peace and further enhance the development of the region.

"My message is very clear and I think they are doing it now but I have to add my voice for them to expedite action. I therefore call on President Buhari to fast track the payment of the 3rd phase amnesty scheme without delay because that is the right of the youths of South-South and if he does that it will make the youths to believe that truly Mr. President is a man of the people.

Besides, the implementation wouldl further strengthen prevailing existing peace and enhance the rapid socio- economic and infrastructural development of the area." he said.

He emphasized that as a pressure group that has amongst its objective the maintenance of peace will at all times promote as well as preach peace among the youths.

He further emphasized that the group is willing to work with multinational oil companies, traditional rulers, corporate bodies and government at both state and national level whose activities and policies promote peace but however said the group will resist attempts to oppress and undermine the people of the South-South region.

The founder of S.S.Y.P.M called on all other youth bodies in the region to be united and speak with one voice in order to achieve the common goal of  developing  the region.

The youth leader urged the oil companies operating in the area to create the office of youth’s employment for the employment of qualified and skilled South-South youths and appealed to government parastatals to give priority to the employment of the youths to curb restiveness.

He advised politicians to desist from engaging youths for violent activities but rather preach peace, urging the youths to come out peaceful to exercise their franchise during the forthcoming elections.