Posted by CREEK NEWS WEEKLY Posted on 11:34 AM with No comments 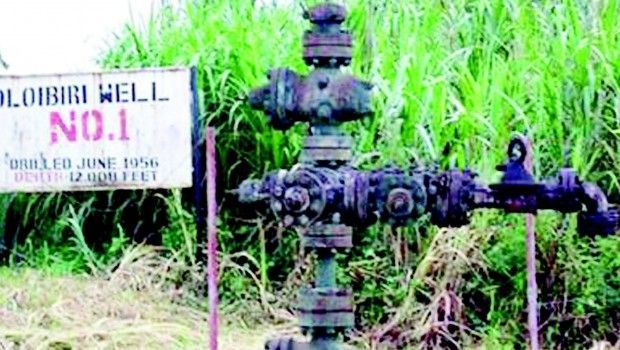 By Jide Dominic
A group under the aegis of Oloibiri Oil and Gas Discovery Day Initiative (OGDI) has called on the Federal Government and other stakeholders in the oil and gas industry in Nigeria to henceforth mark the day oil and gas is discovered in commercial quantity in 1956 at Oloibiri, Bayelsa state.

Addressing newsmen in Yenagoa, the Secretary of the group Pst. Arogo Minalabh stated that it is unfortunate that Nigeria as a nation celebrates other notable days but completely neglected the day oil and gas was discovered that has been the mainstay of the country’s economy.

Pst. Minalabh further expressed surprise that the Federal Government has never considered it necessary to attach importance to this unique day in the country, stressing that the marking of this day would go a long way to stop all forms of militancy, violence and other agitations among the youths of the community and Niger Delta region.

The group’s secretary also said his body is partnering with individuals and corporate bodies in the oil and gas industry is to ensure not only marking the day but also declaring it as public holiday is achieved, calling on well meaning Nigerians to support laudable project.

In his remark, the Chairman of the group, Evangelist Naraniel Albert Karibo lamented that Olibiri that has fed the whole nation for more than 60 years is in deplorable condition without any development structures.

This, according to him has made the his group to come up with the idea of celebrating and marking this important day in the history of Nigeria, adding that January 15 every year has been chosen for this purpose.

He further stressed that this year’s edition is the third to be marked January 15, 2019 and therefore called on the Federal, state government particularly the Ministry of Tourism to collaborate with them so as to showcase Oloibiri to Nigeria and the world at large.

Other members present in the briefing are Safety Iboroma Joseph and Doris Egba.