Posted by CREEK NEWS WEEKLY Posted on 3:11 AM with No comments 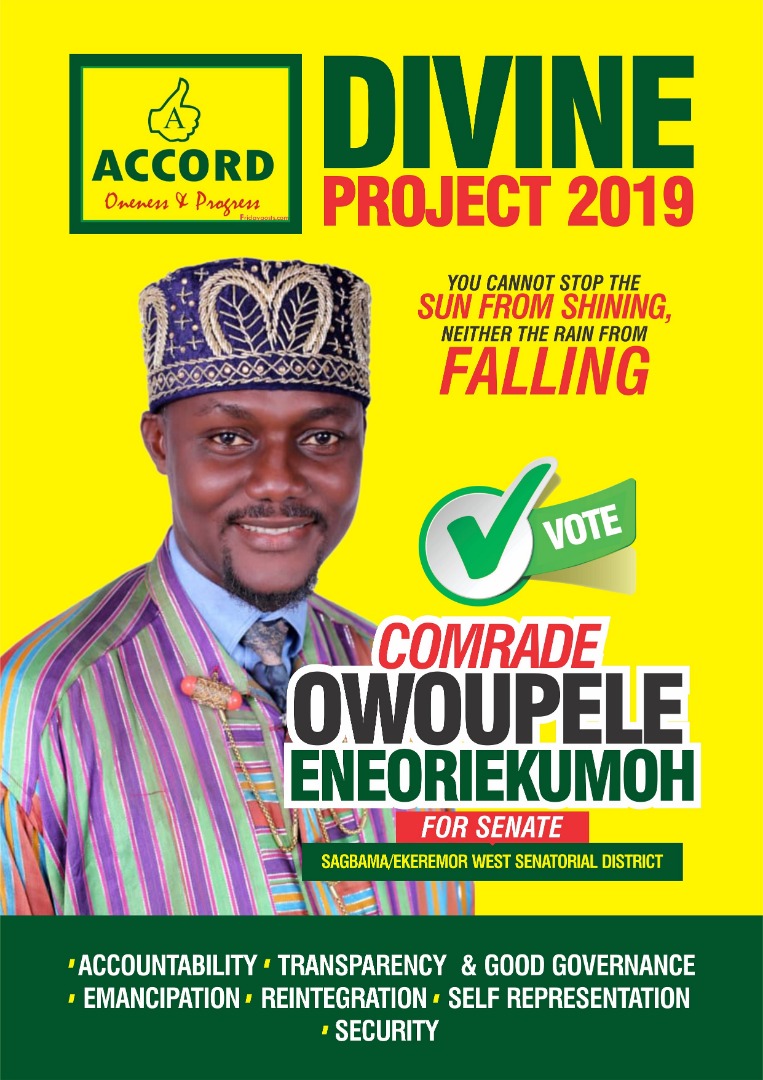 The Senate candidate for Bayelsa West Senatorial District, Comrade Owoupele Eneoriekumoh, has a accused the ruling All Progressive Congress (APC) and the People’s Democratic Party (PDP), in Bayelsa state, of planning to rig the forth coming Senatorial elections in the State.

Comrade Eneoriekumoh made this known, while addressing journalists in Yenagoa, saying that, he has it in good authority that the ruling party in the state (PDP) and the APC Central Government at the top have concluded arrangements to rig him out of the Senatorial election billed for February 23, 2019, therefore appeal to the relevant
authorities to take the information seriously and nib it on the bud, and ensure a level playing ground for all candidates.

According to him, he has gathered and information at his disposal is linking the PDP of hiring thugs and others mercenaries to hijack electoral materials to disenfranchise him and his supporters from partaking in the general elections.

He alleged that his life is also being threaten by unknown calls,  for what ever reasons he does not know, stressing that he is a man of peace and who wants to contribute his quota to the development of the Bayelsa West Senatorial District, if elected into the red chambers of the National Assembly.

He was of the view that the ruling PDP in the state has decided to imposed an unpopular candidate and trying to wipe all other partycandidates to line, of which the people said they would not vote forany unpopular candidate. Adding that they are using all powers at their disposal to rig the elections, he said.

Comrade Eneoriekumoh lamented that he cannot move freely to carry out is campaigns due to the threats against his life and that of hissupporters are treated equally in the same vein.

He called on the people of the Bayelsa West Senatorial district not to be intimidated by the so called enemies of progress and urged the people to come out enmass to vote for the Accord Party.