Posted by CREEK NEWS WEEKLY Posted on 9:09 AM with No comments 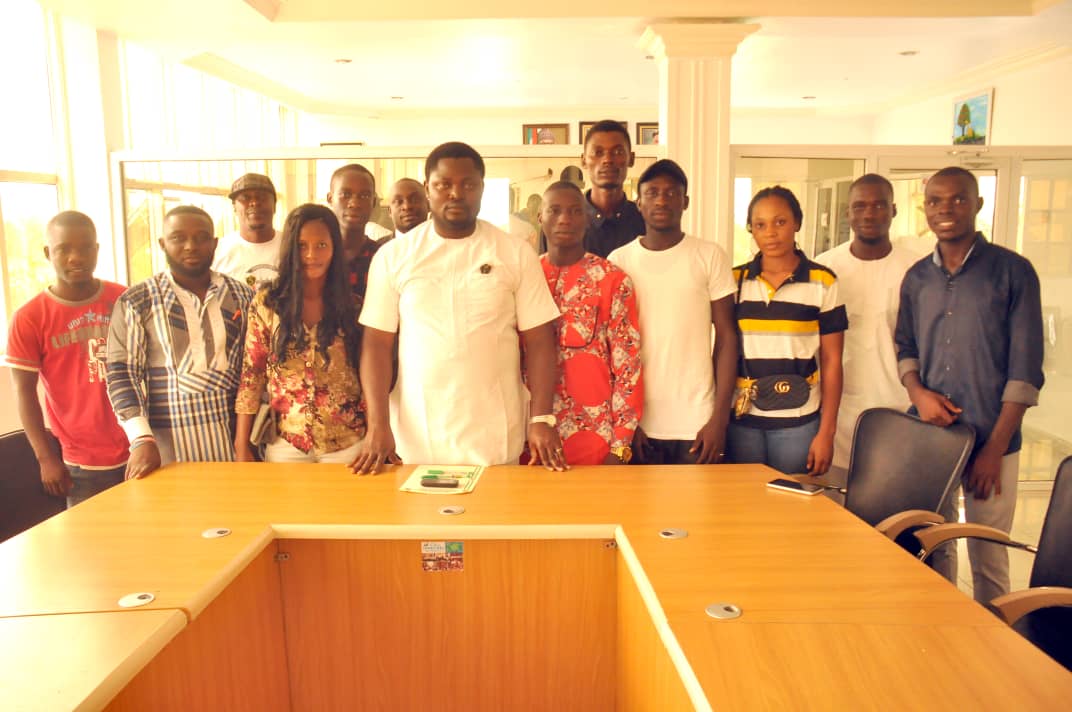 President of the Group, Comrade Brownson Pedro Brown, made the call during a courtesy visit on Evang. Ogede at his office in Yenagoa, endorsing the vigilante boss as their chairmanship candidate for the polls.

According to Comrade Brown, the endorsement of Evangelist Ogede is coming as a result of his student friendly qualities and service to humanity in the LGA, adding that he has been paying fees for not only students of SILGA but to many others in the state.

Stating that Ogede had proved his leadership qualities in the various offices he has held, Comrade Brownson said, with vigilante chairman as the council boss, the students from the LGA would feel his leadership impacts.

Also speaking, former financial secretary of the Group, Comr. Ayah Perekeme said the people of southern Ijaw do not need story tellers, but development oriented leaders like Ogede who had been tested and trusted.

In his response, Evang. Ogede thanked members of the group for the visit and their show of concern for the development of Southern Ijaw local Government Area, adding that he will consult widely with stakeholders of the LGA and make his position known to the public in due course.

It could be recalled that, different social political groups, as well as stakeholders of southern Ijaw local government area have been calling on Evang. Ogede to contest chairmanship election in the area.