Posted by CREEK NEWS WEEKLY Posted on 6:48 AM with No comments 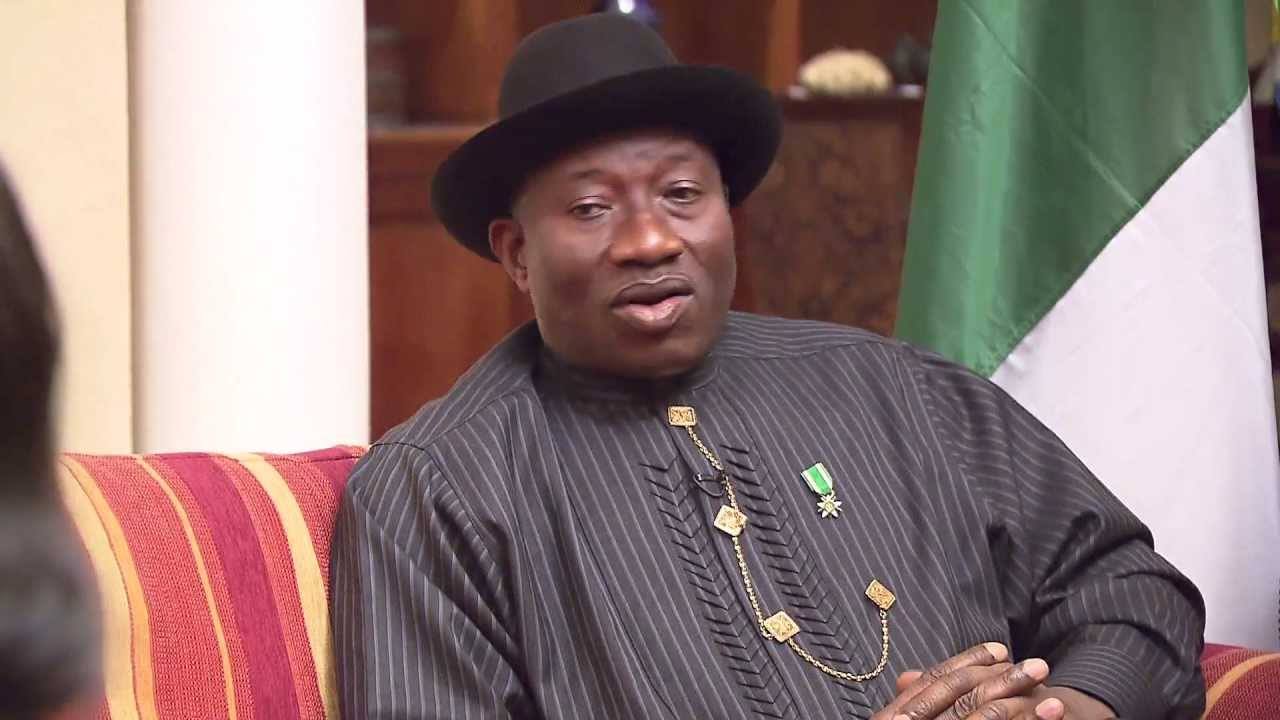 He made this assertion while speaking in a worship organized by the Ijaw Elders Forum, Lagos on good governance in Yenagoa on Wednesday.

Dr. Jonathan is of the view that God enthrone leaders and, therefore there is no need for human beings to carry weapon to become governor which is now the driving force of politicians nowadays.

He recalled that politicians have armed thugs to cause violence during elections and they subsequently abandoned them at the end of election, adding that Bayelsa state needs peace for development.

The ex-president however posited that every person is a potential leader provided he can influence people in his drive to become leader, saying that there is need to carry gun.

He hailed the Ijaw Charter being presented at the workshop by IEF to gubernatorial candidates, but he said that the document should also be presented to those vying for local government chairman because local government administration is abandoned today.

The told the organizers to arrange another forum for all aspirants aimed at selecting the best guber candidate after their party primaries in the state to authenticate genuine governor to lead Bayelsa state.

In a keynote address, Dr. Austin Tom George affirmed that political leaders have responsibility and obligation to perform but unfortunately some shrouded this with personal interest which hinders development.

He warmed leaders to shun autocratic type of leadership and adopt transformational leadership which he described as key for good governance and development.

This, he said, could be achieved through the selection of visionary and capable team that would not abandon policy and programs by previous leaders, adding that Nigeria get people to develop like others leaders in the world.

The Deputy Governor of Bayelsa state Rear Admiral John Gboribiogha Jonah (rtd) who stood in for Governor Seriake Dickson calls for restructuring of Nigeria where states can control their resources for development but not Abuja to share money for them, adding Governor Dickson has done well in the areas of education, health and infrastructure to change the development of the state.

Earlier, the chairman of Board of Trustees of IEF (BOT), Major-General Alaowei Tom (rtd) has decried the marginalization of Ijaw people, adding that the first step repuired is to identify and articulate on the expectation of the people towards good governance.
However, the vice chairman of IEF, Lagos, Mr. Atamuno Atamuno opined that the workshop is organized for the purpose of re-activating and re-engaging the Ijaw nation to live in peace.
He  expects development in Ijaw nation to start from Bayelsa, urging Ijaw leaders to use diplomacy that would enhance rapid socio-economic development of the area.