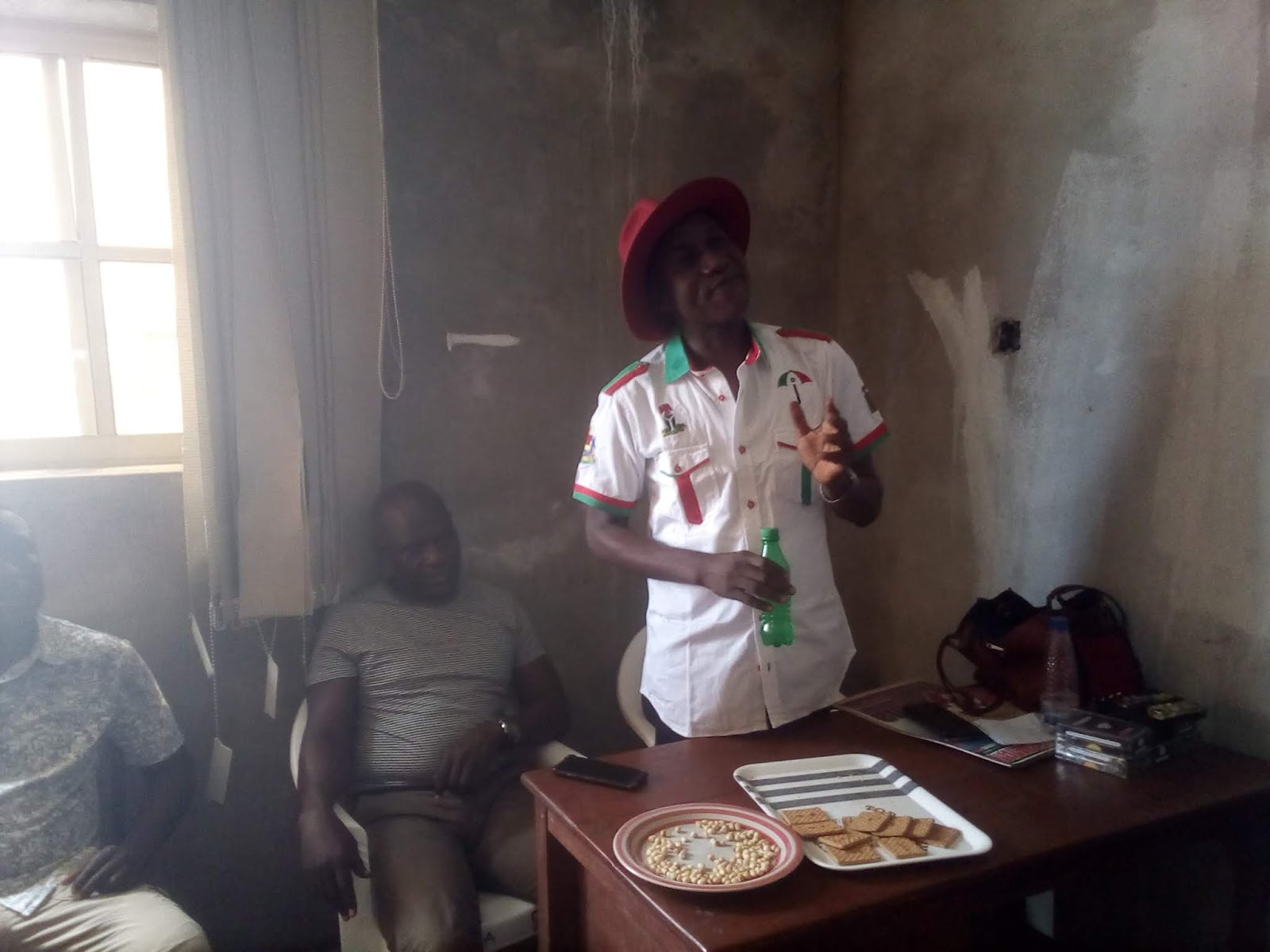 As Bayelsa state get set for the local government area elections come August 10, 2019, the people of Koluama/ Opokuma have settled for Mr. Dengiye Obarugu whom they believed to be the best man for the job.

Mr. Dengiye has already set the ball rolling as his campaign office got busy with all strata's of society trooping in and out, pledging their supports, upon emergence as the standard bearer of the People's Democratic Party, PDP.

The PDP flag bearer In Kolokuma/Opokuma LGA, Mr. Dengiye Obarugu in his usual leadership style told Youths who visited him in Yenagoa, that no one across the divide believed in the unity of the area more than him.

Dengiye frowned at where the LGA allocation had been going in the past, assuring that henceforth, the allocation will trickle down to the people as their entitlement must be used for the purpose of giving.

Dengiye reminded the people that, Alfred Diete-Spiff succeeded as Governor at the age of 26 because he had technocrats around him.

Dengiye told them not to hesitate in bringing their ideas saying education will be the primary focus of the coming LGA Government as without education no society can strive.

Earlier, Mr Ayatari Ungbuku said, after the time of Alex Igbanigbo as LGA boss, the LGA have not gotten a good leader but today the people are happy to have someone  with human face, ranging from the youths, women and the aged.

He was seen not to have make any attempt to sabotage while serving in the LGA as Special Adviser to Alex Igbanibo and as Vice Chairman to Gbarainbiri Iselemo, hinting that the solidarity visit is to familiarize with a man with a difference.

They threw their weight behind the candidate  because he can turn the economy and security situation of the LGA to the next level which the people clamored for in the past.