Posted by CREEK NEWS WEEKLY Posted on 5:55 AM with No comments 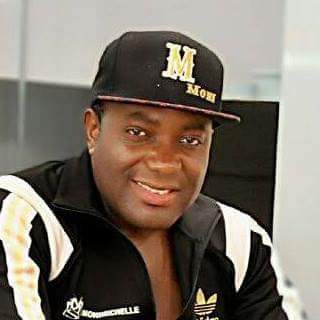 The Chief Executive Officer (CEO), Monimichelle sport facility construction ltd, and a top contender in the Bayelsa State FA chairmanship position, Mr. Ebi Ezekiel Egbe, has urged the leadership of the Nigerian Football Federation (NFF), to reject the outcome of the June 10, Bayelsa state football Association results, noting that the election was marred with irregularities.
Mr. Egbe, made the call through a four page protest letter to the President of the football federation on Thursday, in Yenagoa, adding that the election was manipulated, even as fake delegates were allowed to vote.

“I expected Singabele as an elder statesman to play a fatherly role and stand neutral in all of these, but he ended up ganging up with the FA officials to manipulate the electoral process. He (Singabele) was the architect of what happened today and he did what he did because he is scared that my emergence as FA chairman would diminish his influence in Bayelsa football,”
He further stated that the alleged Kangaroo arrangement election was hurriedly done in a shameless manner where delegates who ought to have voted were barred and journalist prevented from covering the process, adding that he is in the race to ensure Bayelsans benefit maximally as other states benefit from their F.As.

He further stressed that even when the delegates list was never made public before or at the election venue; different names were changed at will by the eleco, noting that the entire electoral proceeding was designed manipulatively to favour Barr. Ogun (the incumbent Chairman of BYSFA) and the candidates he supports.