Posted by CREEK NEWS WEEKLY Posted on 7:42 AM with No comments 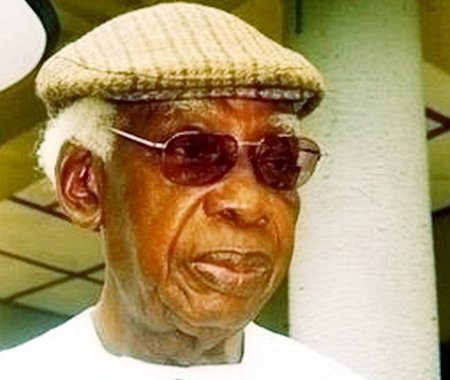 The Bayelsa state chairman of the Association of Nigeria Authors (ANA) Mrs. Bina Nengi Elagha says the demise of Dr. Pa Gbaingbain Gabriel Okara is painful one even though he lived beyond 100 years of age.

According to her, Dr. Okara was the life patron of ANA, Bayelsa state chapter who lived a life well spent.

He was dear to the association and she appealed to his children to take heart and bear the irreparable loss.

She noted that before his death, there were moves by the Bayelsa chapter of ANA to honor him, saying that he will be missed by all.

Mrs. Elagha described late Okara as a poet of great repute, dogged fighter of the localizers whose culture persona in the poems accepted, but preferred his River Nun birth place in Izon Land.

In his bid to achieve pride for his people, he deliberately in Okolo THE VOICE, his early novel, Okara attempted to bring the Izon language directly interpreted the English sentences to suit Izon language in literature, she said.