Posted by CREEK NEWS WEEKLY Posted on 6:03 AM with No comments 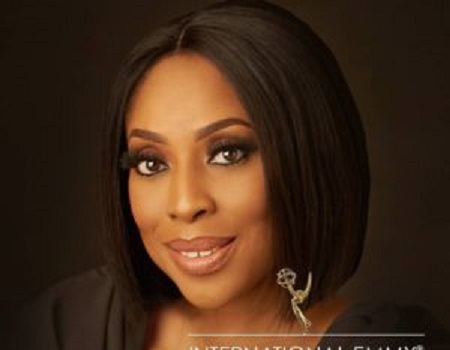 The International Emmy Award is an award that bestows recognition to the best television programs initially produced and aired outside the United States.

In 2018, Abudu was elected as a director of the International Academy of Television, Arts and Sciences, the organisation responsible for the Emmys.

News Agency of Nigeria (NAN) reports that the honour was announced by the Emmys @iemmys on Instagram and reposted by Abudu @moabudu.

“As producers, we are in a unique position to share fresh, authentic, and original stories with a global audience. Our content is not limited by language or culture.

“Viewers want to see stories that reflect their everyday lives—which can be found everywhere.

“At EbonyLife, we believe in changing the global African narrative. And like many, we connect the world with our stories.

Responding to the honour, Abudu wrote on Instagram, “I am honoured to chair the 47th International Emmy Awards Gala that celebrates extraordinary television producers from all over the globe.

“I would like to thank the International Emmy Awards for this honour and opportunity.”

NAN reports that in April, Abudu became the first African to be honoured with the MIPTV Médailles d’Honneur.

Abudu has been described by Forbes as “Africa’s Most Successful Woman”. She launched Nigerian broadcaster and producer, EbonyLife TV, in 2013, producing over 1,000 hours of original programming each year.

She went into filmmaking with the creation of EbonyLife Films. She is the Executive Producer of ‘Fifty’, ‘The Wedding Party’ (2016), the most successful Nollywood film ever at the Nigerian box office.

In March 2018, Sony Pictures Television (SPT) announced a three-project deal with EbonyLifeTV, the first of its kind between SPT and a Nigerian television company.
RELATED POSTS
Tag : ENTERTAINMENT