Posted by CREEK NEWS WEEKLY Posted on 6:32 AM with No comments
By Daniel Domotimi.

Pan Niger Delta Forum (PANDEF) says it is not backpedaling in its struggle for restructuring but remain focus on the ideals at which it was created as an independent organization. 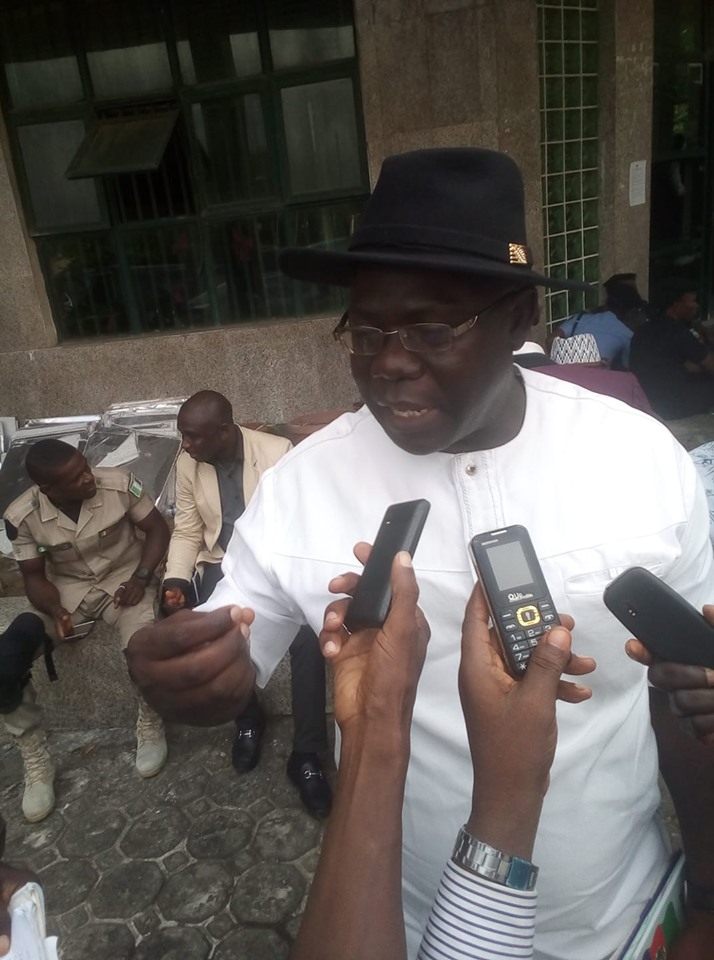 The National Secretary of the organization, Dr Alfred Mulade said this during the Non Elective Delegate Convention/Lecture Series held in Yenagoa the Bayelsa State capital, in preparation for the Ijaw National Congress (INC) elections, noting that the essence of PANDEF remain sacrosanct to the people.

According to Mulade, "the Ijaw Nation is the fourth largest ethnic group in the country, with Bayelsa the only homogeneous, Ijaw speaking state, so people are interested in who takes the shot in leading them".

"The activities of PANDEF is not slow but we are redefining, re-engineering, and realigning on how we do things because, we came into existence August 2016, barely few years ago".

"When you are running an organization that is as sensitive as this, you once in a while seat back, redefined, access and review to be stronger with the introduction of new strategies".

"We want to look at what is happening in the country to refocus and see how we can lead the people of Niger Delta Region, inline with the philosophy of PANDEF which struggles are with the aim of not being left behind in the scheme of things".

"Backpedaling is not in our linage as Ijaw people, rather we are going stronger and stronger by engaging the State and Federal Government, local communities and stockholders in the region to ensure that we stay afloat and remain relevant as the fourth largest ethnicity in the country." Dr Mulade stated.