Posted by CREEK NEWS WEEKLY Posted on 2:20 AM with No comments 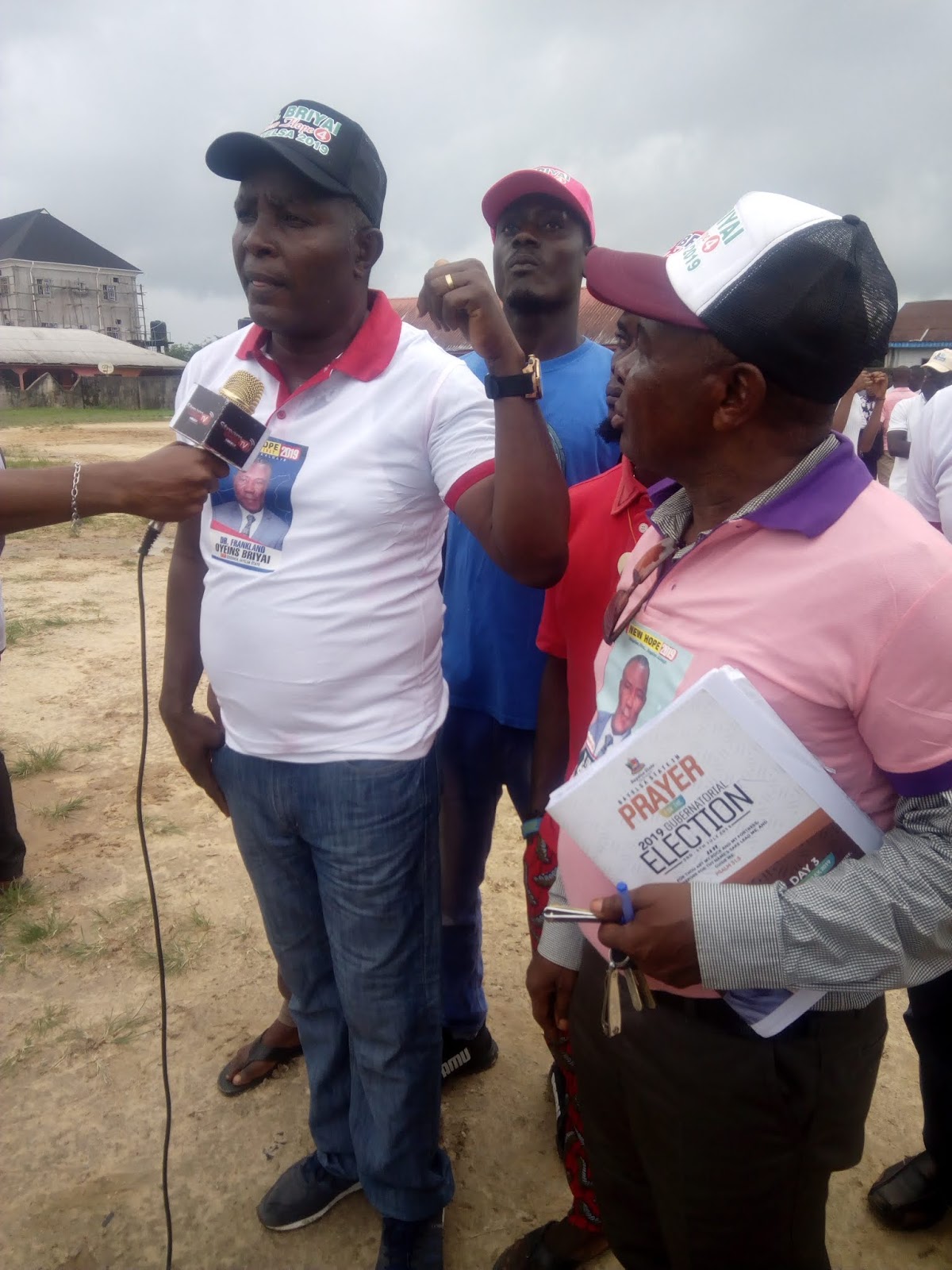 A group under the auspices of Bayelsa Grassroot Development Initiative ( BGDI) , a socio- cultural and Political organization  spread accross all the eight local government areas of Baelsa state has called on Dr. Frankland Briyai to contest the 2019 gubernatorial elections in the state.

A communiqué issued and signed by the group's Cordinator, Prof. Emiemokumo Augustine and its secretary,  Tamaraebi Richard and made available to newsmen in Yenagoa stated that BGDI is comprised of people from all walks of life with the aim of promoting agro- culture, good governance, peace and unity in the state in particular and the country a whole, adding that the group has assessed the achievement of Frank land Briyai and concluded that he is fresh in the political scene and can deliver the much awaited dividend of democracy to Bayelsans irrespective of party lines.

Prof.Augustine further stressed that Dr Frank land is a seasoned administrator and technocrat with impeccable character and pedigree, emphasizing that he has what it takes to move Bayelsa to the next level of socio- economic development.

He also opined that the group has acknowledged Dr. Fankland's acumen in the management of electoral activities across the country which made him the best Resident Electoral Commissioner in the 2019 general elections.

The group commended Dr. Frankland for his outstanding achievement in human capital development which has changed the fortunes and mentality of many Bayelan youths for the better.

They applauded the efforts of President Muhammadu Buhari for his at transforming the country.