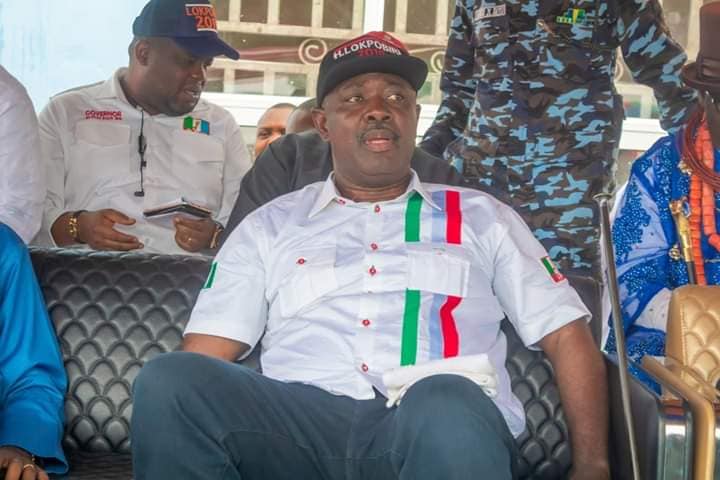 As the governorship election is fast approaching in Bayelsa State, political gladiators and their supporters are strongly rallying behind their choice of leaders to govern them
.
In this a group known as non Indigenes of APC Solidarity Movement in Bayelsa State throw their support for a political state man and parliamentarian Rt. Hon Heiniken Lokpobiri for Governor of Bayelsa State.

According to the coordinator of the group, Hon Mislaw Ganren said Heiniken Lokpobiri has the capacity and leadership qualities to lead the people of Bayelsa State.

He also stressed out that  Lokpobiri  was one time speaker of Bayelsa State of Assembly during Chief D.S.P Alamieyeseigha administration where he passed many bills and led the house legislatively.

A democratic system is a government of the people where the masses participate in electoral process to vote who they need to govern them.

The group also said  Lokpobiri is a democrat and he have the people at heart to look into their economic issues and infrastructural matters when elected.

The A.P.C Non- Indigene Solidarity Movement believed that the foundation led by Heiniken has created a positive record in Bayelsa State politics where many political gladiators has been produced from the process.

The coordinator of the group Hon. Mislaw Ganren and the Secretary Mr. Memoa Hope laid some emphasis that the governorship ambition of Senator Heiniken Lokpobiri has shown that the true picture of Bayelsa State will begin in terms of development and human capacity empowerment.

They also said, Lokpobiri has the initiative to transform Bayelsa State to a modern society where the masses will fell the impact of democracy.

Lokpobiri’s antecedent as a Minister of State  to President Buhari on Agriculture has drawn federal government presence to his senatorial zone and Nigeria at large, where Nigeria now fully participate in agricultural products  where our local rice and rest of agricultural products.

In his remark, the publicity secretary of the group Mr. Odije Victor said the Non-Indigene of A.P.C Solidarity Movement encouraged all Bayelsans to wake up from their slumber to rally behind Lokpobiri with solidarity to elect him as the governor of Bayelsa State that will bring development and human capacity empowerment.