Gunmen kill DPO, 3 others in Bayelsa 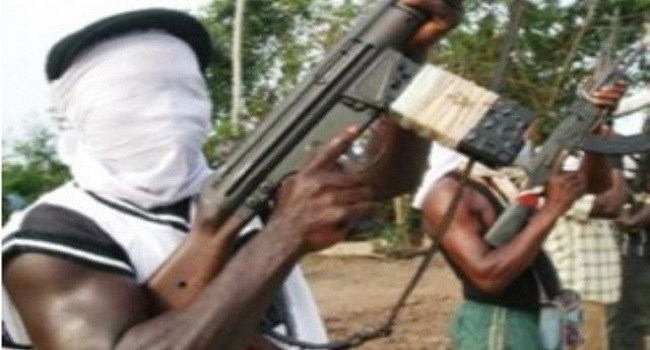 “Yes, the police is aware of the incident, we are preparing a statement, as soon as it is ready we’ll get back to you,” Butswat told newsmen.

The News Agency of Nigeria (NAN) gathered that the officers killed during the attack included the Divisional Police Officer (DPO), a pregnant policewoman and two policemen who were on duty.

A source who preferred anonymity also told journalists that the suspected gunmen stormed the police station at the early hours of Monday (July 1) and started shooting sporadically.

“No civilian was killed during the attack because there were no detainees in the cell of the station.

“The attack happened at about 2.15 a.m in the morning of Monday and lasted for about an hour.

“We saw that several guns, ammunitions and police uniforms were carted away by the gunmen,” the source said.

The corpses of the officers killed have been taken to the Federal Medical Centre in Yenagoa by men of the force.
RELATED POSTS