Posted by CREEK NEWS WEEKLY Posted on 9:52 AM with No comments 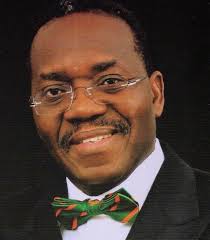 Former Ambassador and Secretary to Bayelsa State Government, Ambassador Godknows  Igali  has promised to give his profound blue print agenda if he becomes the governor of Bayelsa State.

Ambassador Igali made this pronouncement during a press conference at his campaign secretariat, Opolo Yenagoa.

According to Igali, he has five cardinal important agenda for Bayelsans. These include Human Capital Development, Infrastructure Development, Economy and industrialization, Peace and Security, Promoting Ijaw cultural renaissance which are major areas he would work on.

He said that he has a short term strategy to achieve the whole development plan, adding that it will enable the reviewing of the plan with the help of key performance which has other indicators to determine the success or failure of the projected plan for the year. Amb. also said that he will make use of the youths by engaging them for hand work, ICT, small and medium scale business so that it will reduce unemployment for the state aimed at reducing criminal activities to maintain peace and security in the state.

Amb. Igali further stressed that even when he was in Federal Civil Service as permanent secretary he used to tie Ijaw attires to show that he is an Ijaw man, that he will make Ijaw as central language for the Izons;  that he will also introduce Ijaw language in all primary and secondary school, even at universities when he becomes the governor of Bayelsa State.