Posted by CREEK NEWS WEEKLY Posted on 8:47 AM with No comments 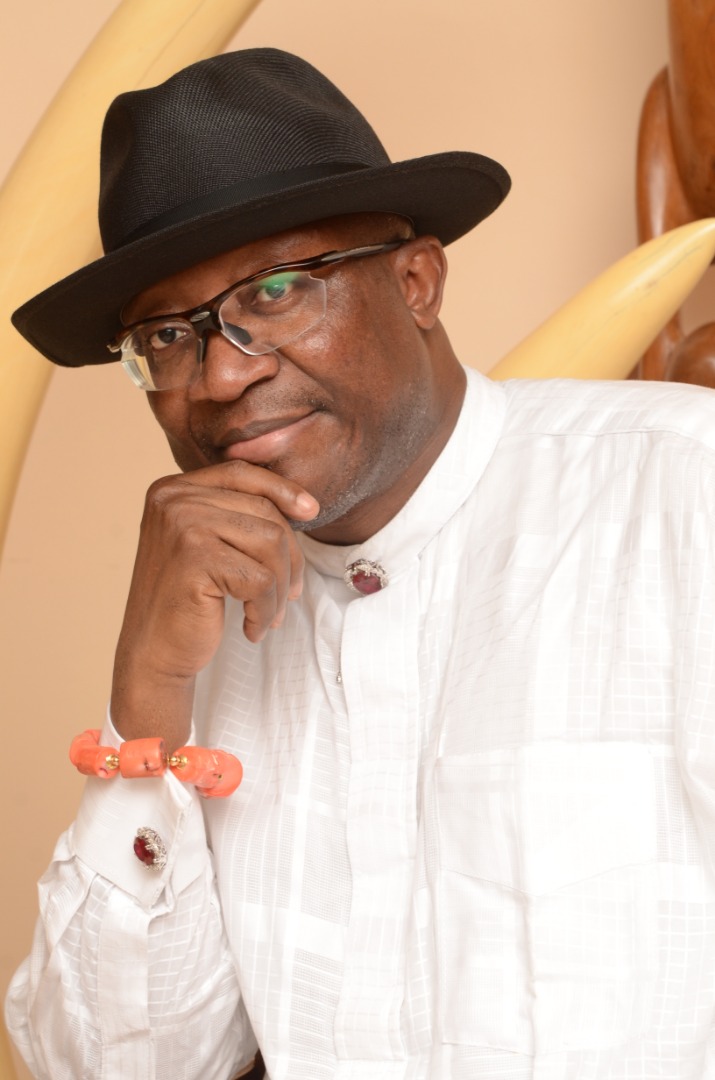 At the run off to the 2015 gubernatorial election in Bayelsa State and the mass exodus of Peoples Democratic Party members into APC, it appeared that the PDP was empty. However, one man, in spite of being family with Mr. Timpre Sylva and had served in his government, Anthony George-Ikoli, SAN was one of the very few senior members of the party who stayed back to salvage the rubbles the party became.

Many were even surprised he stood behind Mr. Seriake Dickson, an opponent of his former principal and kinsman Timipre Sylva. For the pioneer SAN of Bayelsa origin, the issue of who to support was not chaperoned by emotions. It was rather a question of loyalty and belief, in the party, based on his conviction that PDP still has the capacity to deliver the goods not only to Bayelsans but indeed all Nigerians.

According to him, his membership of the PDP preceded coming to serve as Attorney General and Commissioner of Justice in Bayelsa State. The major reasons behind his joining the party was based on belief his in PDP’s stated principles of equity, fairness, and good governance.

Though the All Progressive Congress had achieved national spread, then he believed that PDP was the only party that truly promoted the belief of egalitarianism right from its inception.
If anything, the erudite lawyer’s attitude in 2015 gave him out as an honourable, loyal and disciplined party man who demonstrated his unflinching commitment to PDP. This presented him as a man of character who would rather stay to salvage the sinking PDP ship than jumping out at the least turbulence.

He even had a reason to jump out due to a controversial Senatorial Primaries choreographed against him, his pedigree of a lion could not have made him act like a cowardly rabbit.

The heroic and patriotic legacies of his forebear, which he has dedicated his life to protecting would not make him abandon the troubled party. Unlike many others who lost out in the PDP primary contest, George-Ikoli chose not to defect from the PDP pledging to follow the principles carved out by his grandfather, Ernest Ikoli, the journalism icon and political activist who hailed from Brass. The legacy of his grandfather Ernest Sisei Ikoli has been a constant inspiration to him right from childhood.

With his support and those of other PDP faithful, Seriake Dickson of PDP emerged victorious in what could be regarded as the most keenly contested poll in the history of the state.

Though, he has spent most of his life in Lagos, Anthony George-Ikoli’s attachment to his root is deep. He believes Bayelsa needs a new way that will take care of everyone and promote a sustainable development. He agreed that the current government of Seriake Dickson has done his beat by sheer single commitment to the good of all.

George-Ikoli believes Bayelsa can make even faster pace of development if he has the opportunity to pilot the ship of the state. His discovery of a new way which he plans to share and implement as Governor of the state is not a fluke. In him is the DNA of a legend, would not but agree with the PDP aspirant who now seeks the mandate of his party to fly its flag in the November 16 election.
Those who knew that his assurance is strengthened by the idea of hard work that his legendary grandfather had readily agreed that Bayelsa is in for a real deal if he presides over the affair of the state as Governor.

As Commissioner of Justice in Bayelsa state his leadership set the Ministry apart from others and placed it on high scale of professionalism, welfare and achievements.

He was the first to invest in quality library for the ministry. He also introduced a Moot Court where lawyers practice before going to court. This incidentally was the first of its kind in the country.
He also ensured that the Law School was established in Yenagoa. He still nurses regret that the quality of facility at the school is not as intended. He is however gratified that the school remains one of his numerous legacies of his leadership of the ministry.

He believes that his grandfather established himself as an icon of political ambition at that time to an extent that surpassed the expectations of his socio- political background. The iconic Ijaw man proved that by dint of hard work and erudition, an individual can overcome the most daunting obstacles in life. This is the lesson that made George Ikoli seek excellence in everything he does.

If we seek a governor that has pedigree, foresight, experience, hard work, loyalty and the commitment to the ideal of high service for the good of all, Anthony George-Ikoli, SAN is the sure best to the Promised Land. We cannot afford trials and errors again; PDP must hand over its flag to him. Bayelsa are already to follow is new way.

Born in Akassa in , in Brass Local Government Area of Bayelsa State. Admitted to the Nigerian Bar 1981;

Elevated to the rank of Senior Advocate of Nigeria S.A.N September 2006; Appointed Attorney-General and Commissioner for Justice of Bayelsa State of Nigeria July 2007.