Posted by CREEK NEWS WEEKLY Posted on 9:14 AM with No comments 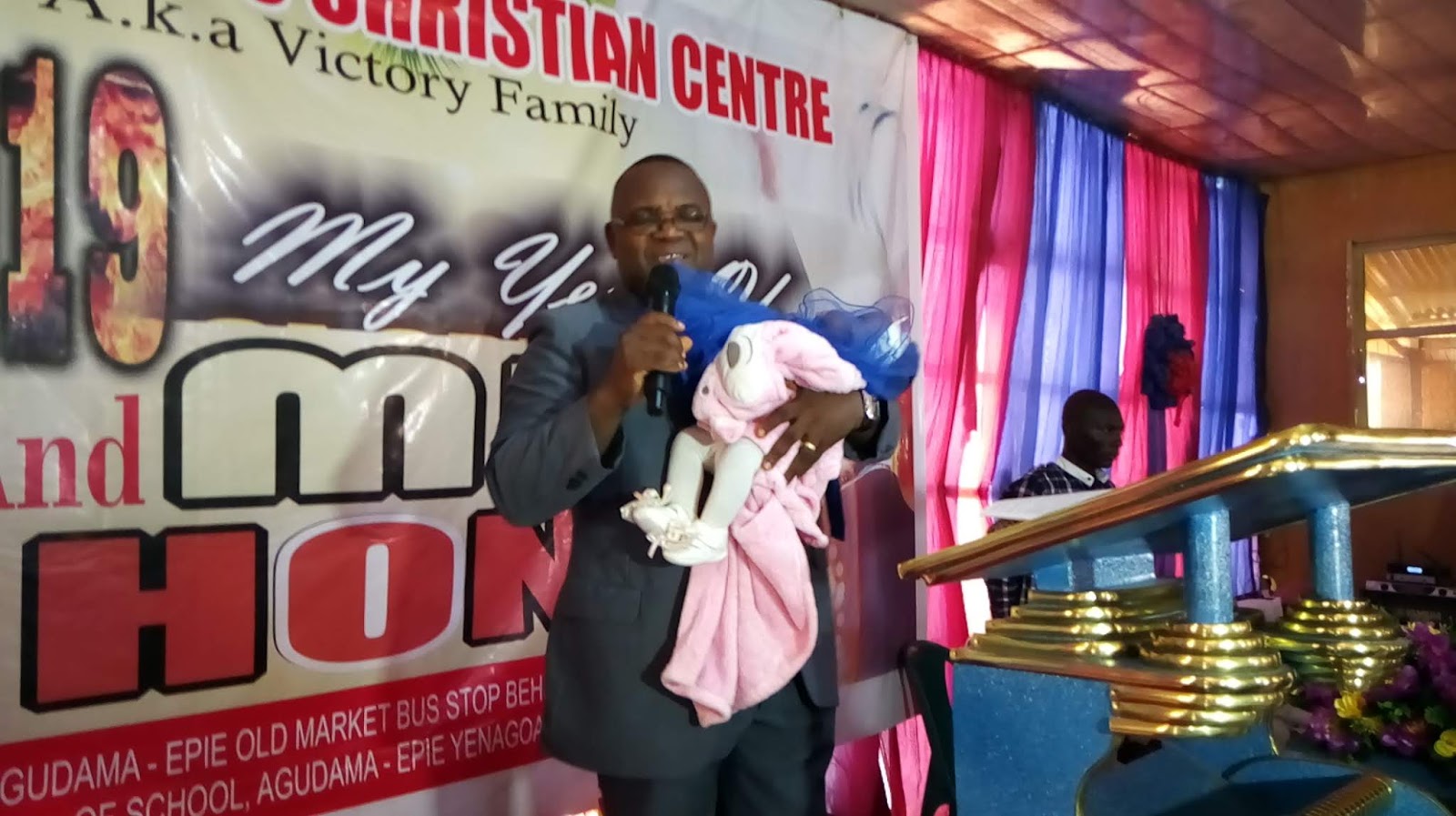 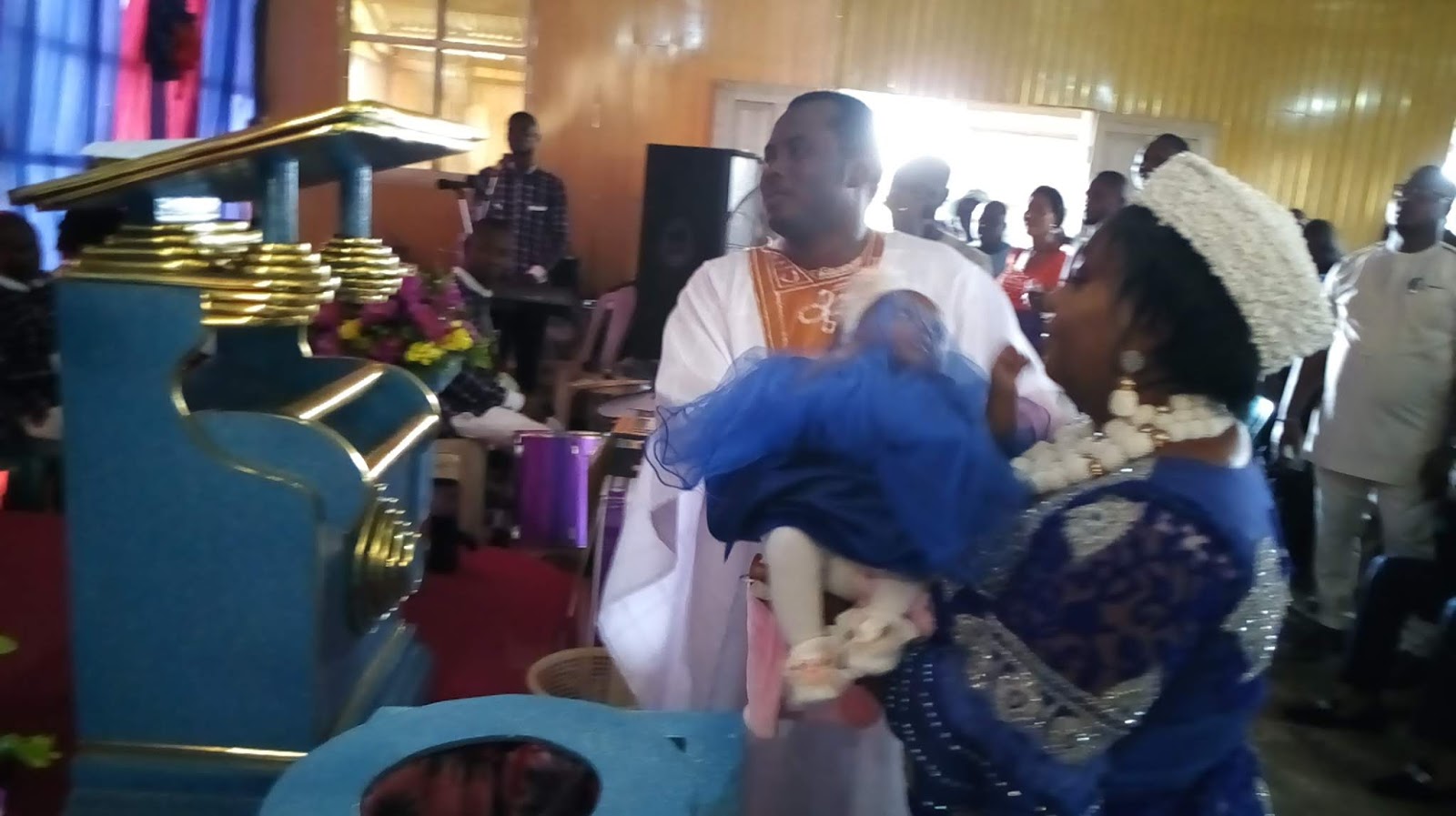 Pastor Victor Fisi, the boss of Accord Party, AP, Bayelsa state and also the Overseer of Victorious Christian Centre in Agudama-Epie has dedicated his child to the hands of God to live the good life.

Dedicating the child, Pastor Arepade Biowei of the End Times Ministry, Yenagoa opined that the purpose of child dedication is in two folds: one is to the give the child legal ground for God to have power over him and two is the identity for him to operate his eternal life if it is done in faith (Luke 2:22).
Pastor Ebiowei declared that the child, Virtues Ebiware, should begin to excel in life beyond every measure even more than his parents have done in life.

He also prays for others to carry babies of their own for them to gather and celebrate.

Also speaking, the father of Virtues described his child dedication ceremony as one of his happiest day of his life, adding that he lost his last child in the womb two years ago but he thanks God to get another one.

He believed that everyone on earth “shall see your success and put the shame on the devil because God is faithful he will do it for you “.

Also, a governorship aspirant Hon. Fred Agbedi who had come to grace the occasion described the celebrant Pastor Fisi as a colleague who worked together with him over the years, saying that the man is fearless.

He concluded by saying that development can only come when the people are truthful as God bless them.