Posted by CREEK NEWS WEEKLY Posted on 9:04 AM with No comments 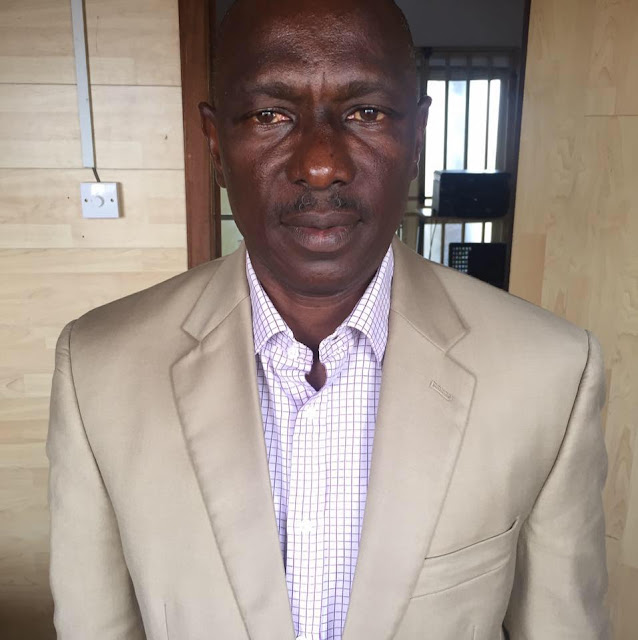 Ayakeme Whisky
The South- South Peoples Assembly a body established to promote the socio-cultural affinity, economic and political advancement of the peoples of the South-South region has called for the immediate sack of the Coordinator of the Presidential Amnesty Programme, Prof. Charles Dokubo over corruption and gross incompetence.

Chief Dr. Whisky, National Secretary of  the group made the call at a press conference in Yenagoa, the Bayelsa State capital.

According to Dr. Whisky, Prof. Dokubo has derailed from the objective behind the establishment of the Amnesty Program, thereby threatening the fragile Peace and order in the Niger Delta region.

He said, "Prof. Dokubo has been a monumental mistake and failure. He lacks the mental and managerial acumen to be retained as the Coordinator of the Presidential Amnesty Program.

We therefore demand without equivocation that for the interest of sustainable peace and order in the Niger Delta region, Prof. Dokubo should not and must not be reappointed unless the administration of President Muhammad Buhari and the self confessed anti- corruption crusade is a hoax.

Unfortunately, the present Coordinator of the program has created ominous signs of derailment such that the fragile Peace and order in the Niger Delta region is being gravely threatened. This is because the managers of the program are enmeshed in monumental fraud, malfeasance, unbridled greed, self-aggrandizement and corruption."

Dr. Whisky accused the Amnesty boss of deliberately refusing to pay Vendors and Contractors the statutory 15% mobilization fee despite committing them to supply insurance bonds and Advance Payment Guarantees (APG) from banks at exorbitant costs.

The SSPA National Secretary noted though Prof. Dokubo has given reasons for the non payment of vendor contractors on lack of fund but evidenced abound that he (Dokubo) and his cohorts are engaged in outright looting of the Amnesty funds running in to billions of Naira.

“We now know, with unassailable evidence that Prof. Dokubo, using one Elvis as a front reportedly siphoned sums totaling N1.1b (one billion one hundred million naira) allegedly paid without contractual agreement, due diligence and compliance with the Public Procurement Acts.

Much more perplexing is the alleged dubious payment of another N5.5b (five billion five hundred Naira) only to himself and his cronies, using over 95 front companies. The payments were made in respect to supposed supply of equipments that was never supplied.

There now appears to be a clear nexus between these monies brazenly stolen and the vandalization of the Amnesty Training Centre, Kaiama where equipments worth billions of naira were carted away in daylight robbery," Dr. Whisky stated.

He added that "While Prof. Dokubo and his clique are busy stealing from our common patrimony without the blink of an eyebrow, vendors and contractors of the Amnesty Program who have genuine claims are left groaning in debts.

Today, the reckless and inept style of management has reportedly created very huge contractual debts overhang of over N30billion. Some of these contractors have reportedly disposed assets hitherto acquired to payoff debts owed on account of Prof. Dokubo's callousness and intransigence