Posted by CREEK NEWS WEEKLY Posted on 8:18 AM with No comments 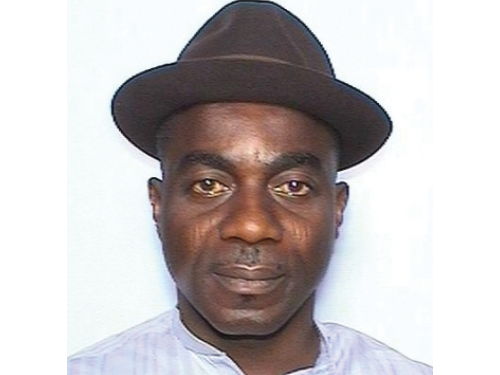 The Fred Agbedi campaign organization has condemned persons that have resorted to the intimidation and harassment of the Peoples’ Democratic Party, PDP, delegates
.
Not only that, such persons have also restricting aspirants to have access to the delegates.
This contained in press statement made available to creeknewsweekly.com by the Director of Media/Publicity of the organization Mr. Miriki Beikibina in Yenagoa, Bayelsa state capital.

According to him, this is contrary to the decision reached by the party and aspirants that the delegates camped together at strategic locations for the purpose of unhindered access to them by the aspirants who are major financiers of the arrangement.

He said that this action is also contrary to the conduct of the primaries by the PDP at both state and national levels in the past, adding that it represents unfortunate and sinister motive of preventing the delegates from having access to their families and friends.

The Director further explained that some who spoke on conditions of anonymity complained of inhuman treatment meted out to them through the instrumentality of security operatives who subjected them to untold hardship.

He described this as unfortunate and condemnable as the delegates are respected men and women, youiths and party faithful and loyalists who are to carry out their civic party obligations as required by the party’s constitution to freely exercise their franchise.

Therefore, the campaign demanded that these unruly actions of intimidation and harassment of delegates should be halted and the perpetrators should be call to order.

While commenting the maturity and resilience of delegates who intend to vote for the aspirants of their choice despite the intimidation and harassment, his campaign organization called on the leadership of the PDP to address the ugly and embarrassing situation ahead of the governorship primaries in the state as a way of ensuring the conduct of free fair, credible and transparent primaries that will be accepted to all.