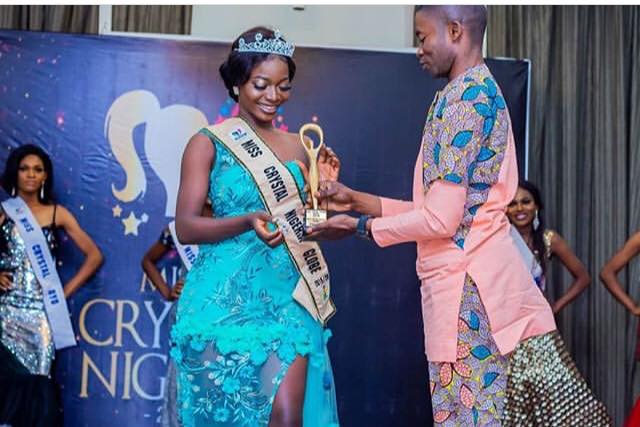 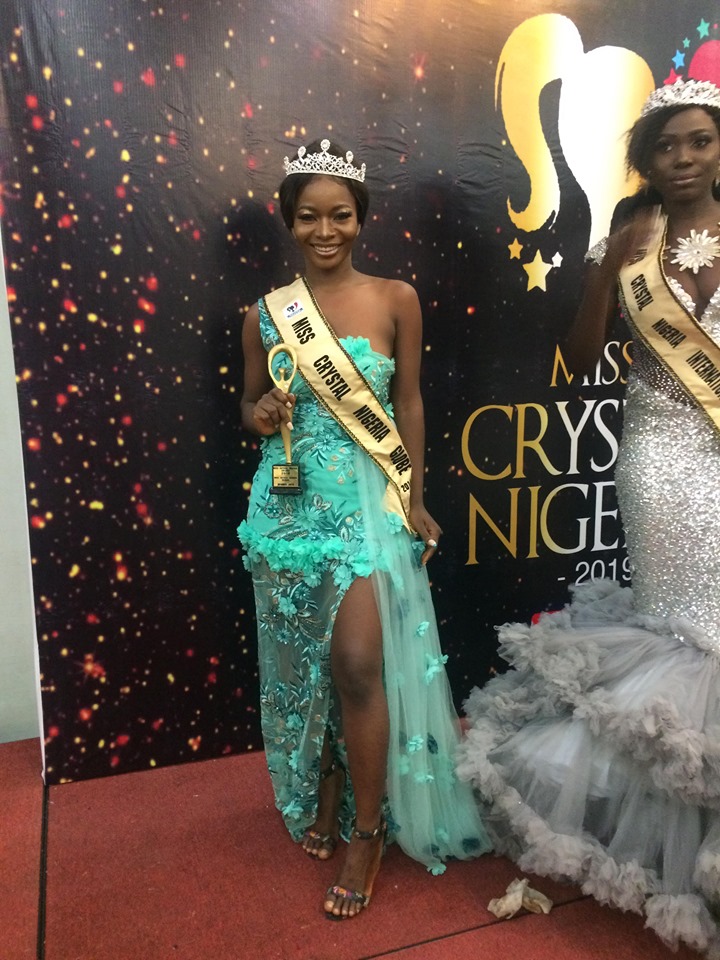 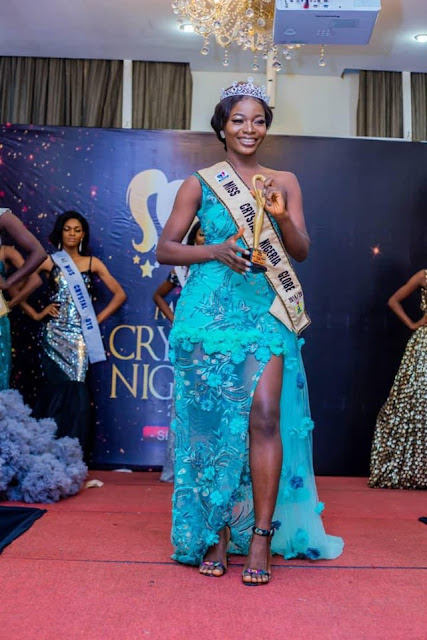 She beat 15 contestants to pick up the flamboyant title with glitz and fanfare on September 1, 2019.
However, Queen Rita and Queen Joy became the 2n and 3rd runner ups at the beauty pageant.

According to Queen Favour, no prize is attached to the crown but she is glad that she won the title.
The 22-year-old beauty queen when cornered said “I wasn’t happy at the beginning because I lost someone so dear to me some hours to the grand final but at the end I was so happy that I was able to make him happy wherever he is”.

The show is organized by Sosmith Empire Entertainment.