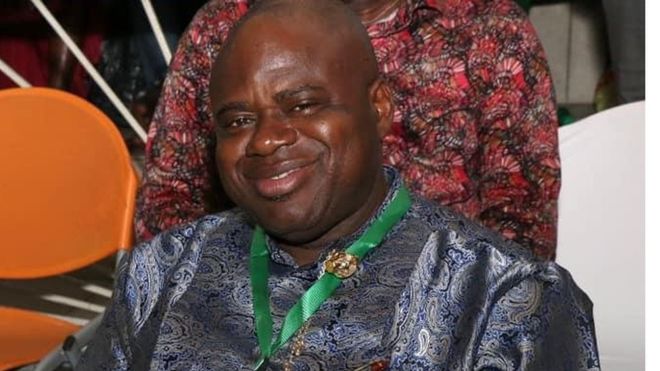 The Peoples’ Democratic Party, PDP, Bayelsa state gubernatorial candidate for the 2019 election billed for November 19 this year, Senator Douye Diri has enjoined Bayelsans to unite and build the state.

Senator Diri made this remark in Yenagoa during an interactive session with journalists on Wednesday at the Nigerian Union of Journalists, NUJ, Press Center.

According to him, he would want those who lost the party guber primaries to shelve their swords, come together and work with him, adding that his victory at the party poll is for himself alone but is for PDP of Bayelsa state.

He stated that it is only the PDP in the state has won guber elections over the years and described his victory as “no victor, no vanquish”.

Senator Diri disclosed that he lacked the resources to contest the seat of governor but yielded to calls by stakeholders of the Bayelsa project to contest as a worthy, capable, tried, tested and trusted servant to lead the people.

He commended various stakeholders particularly the people from Yenagoa, Kolokuma/Opokuma Federal Constituency for their tremendous support for his candidacy at the forth coming governorship election of the state.

He further disclosed that he served the state on different capacities in his political career but at a time, he decided to join the opposition to seek greener pastures and worked with particularly with Chief Timi Alaibe for 10 years; however parted ways to join hands with Governor Seriake Dickson.

Asked if he is satisfied with the level of development in Bayelsa state so far, he responded that he’s not “very” satisfied following the issue of resource control at the centre and states but the present government led by Governor Dickson has lifted Yenagoa metropolis to an enviable level.

On the issue of depreciating power supply in Yenagoa and environs, Senator Diri reiterated that the control of electricity is beyond the level of state government control.

He’s of the view that the establishment of power plant is in the exclusive list of the Federal Government which however hinders state governments to handle alone thus the unabated power outage is being experienced in the country.

But however the state government is waiting for approvals with ongoing discussions entered into with the power supply authorities in the country.