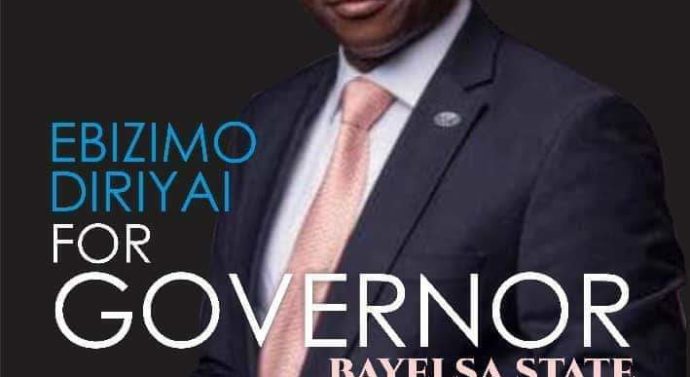 The Accord Party, (AP) flag bearer for the 2019 Bayelsa guber race, Reverend Ebizimor Diriyai says politics is not a dirty game except for politicians who don’t have anything to offer.

He made this assertion at the party’s secretariat in Yenagoa, the Bayelsa state capital when he is affirmed by delegates of the party primary as the consesus candidate.

The delegates found him to be worthy to carry the party flag for the November 16, 2019 governorship elections.

Reverend Diriyai who is also a lecturer in the vineyard disclosed that Accord Party believes in oneness because everybody is on one accord with one another, adding that nobody would be left out on the part of development.

According to him, Bayelsa state shall prosper and make progress under his administration if elected as governor even more that the acronym called ‘Glory of All Lands”.

Also speaking, the state chairman of the party, Pastor Fisi has appealed to all and sundry to join the party and take Bayelsa state to the promise land because the state is rich to accommodate all.
He assured that Reverend Briyai doubtless is the answer to the problems of the people as he’s poised to carry out his campaigns to all nook and crannies of the state.

The national youth leader of the party in his remark said that Accord Party is owned by Nigerians, urging the executives of the party and Bayelsans to join hands together to deliver the guber candidate during the November 16, 2019 election.