2019 Bayelsa Guber:Diriyai outlines agenda for Bayelsans if voted as governor

Posted by CREEK NEWS WEEKLY Posted on 9:05 AM with No comments 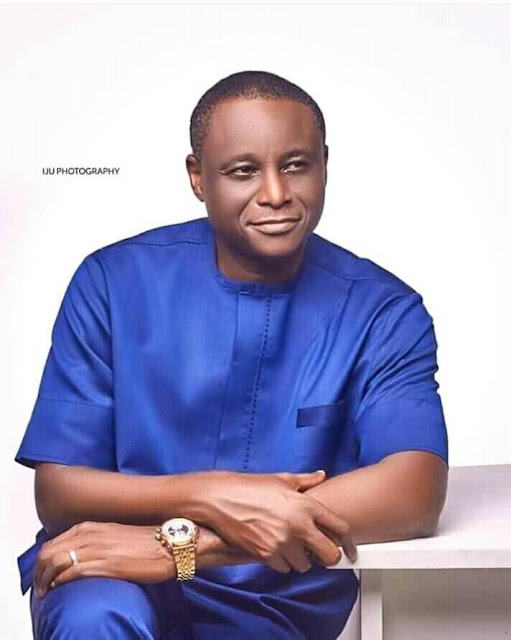 The gubernatorial candidate of Accord Party (AP) for the 2019 governorship election,  Pastor Briyai Ebizimo has outlined his agenda for Bayelsa state if voted as governor.

In an interaction session with newsmen at the Bayelsa Independent Publishers Association (BIPA) office in Yenagoa, he assured Bayelsans that education will be one of his top agenda.

He said that the state  owned universities-  the Niger Delta University (NDU) , University of Africa (UOF)  and Bayelsa Medical University (BMU) will be operated as  collegiate system of education with only one Vice chancellor to reduce cost.

All these institutions, he opined, is to be merged together with the Niger Delta University  Amassoma with a view to upgrade it and manage them.

The guber candidate noted that education is important because it would provide employment to Bayelsa indigenes after their graduation.

He also assured Bayelsans that his administration would pay bursary and slash tuition fees for students to reduce their burdens, adding that the girl child and technical education is also to be taken care for.

Furthermore, he said that his administration will provide free compulsory education at primary and secondary levels.

On security, he assured Bayelsans that job opportunities is to be created for people to reduce problems of security of the state.

Also speaking on power, Pastor Diriyai intends to build Gas turbines to supply power to Brass, Nembe and Southern Ijaw axis which is expected to light up 35,000 houses.
Not only that, the guber candidate also intends to build petrochemical plant particularly solar energy to light up Yenagoa, the capital of Bayelsa state. He promises to provide portable water to flush out Meruwas from selling water.

He described politics as dirty when the gladiators don’t have anything to offer, adding that Bayelsa is a rich state. Its resources must be used to develop the state.  He wants everyone to have access to it because it is their “commonwealth”, he said.