Posted by CREEK NEWS WEEKLY Posted on 12:19 AM with No comments 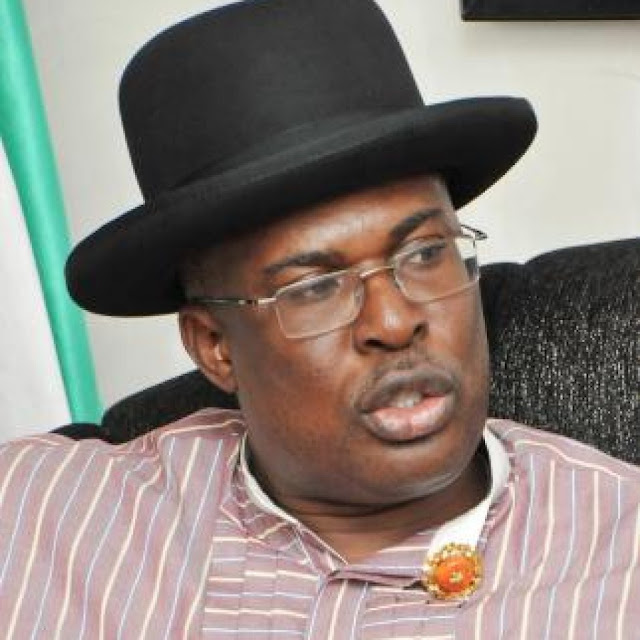 Following the rumours making around that crude oil has been discovered in Onuebum community in the Ogbia local government are of Bayelsa State, the Chairman council of Chiefs, who is also doubled as the presiding Chief of the community, High Chief Jubilee Moses said the story is partially correct but not yet come to lime light.

According to him, they were told that two well heads are suspected in two differentlocations, namely Owaliba’s bush at the Southern part of Ekoli River and NIFOR’s farm towards Atubu’s creek, respectively.

The presiding chief also noted that the point at Owaliba’s belongs to Adegbelegbe’s family in Onuebum community and the Nifor belongs to the community in general.

subsequently permission to enter the bush for more assessments and work, stressing that the company has so far marked out 200m x 200m for the building of rig.

community and pray God for their dreams to be materialized.

He appealed to the company that when it operate fully, they should carry them along the part of development. According to him, the community needs 24 hours power supply adding that the power shouldn’t be contracted to individuals but should be handled by the company to avoid confusion in the community.

He would also like the company to train the youths in the oil and gas industry and other vocational skills to empower them as wells as given scholarships to deserving ones.

The presiding Chief however rest assured all companies of the community maximum support to make them succeed.

WE ARE READY TO DIALOGUE WITH THEM… CHIEF ADEGBELEGBE

Following the said suspected discovering of crude oil in Owaliba’s bush of Onuebum community in Ogbia Local Government Area of Bayelsa state. The family Chief o Adegbelegbe, one of the bush that is suspected to have found crude oil, Chief Obadiah

Abhokasi (aka Adegbelegbe) said the family is ever ready to dialogue with company or government as to arrive in a successful drafting of MOU between the family and any party concern.

He stated this while answering questions from journalists in his palace.

This is coming from the heels of delegates who visited the community recently and presented drinks to tell the community of the good news, but that however didn’t visit the landlords. Said the Chief “although the community has been notified, but we the landlord are yet to be on the known and assured their successful dialogue at any time they call”.

Chief Abhokasi who mounted the leadership stool for more than 22 years noted that his bush has been the host of many companies in the past to include Okmas Nig Ltd, Kakatari, oil pipeline etc, and has cordial relationship all through.

The Chief revealed that the Adegbelegbe is the Aborigine family of Onuebum community, stressing that there is establishing document signed by the former paramount ruler HRH, Late Chief R.T. Abraham and the family that all lands in Owaliba’s bush belongs to Adegbelegbe’s family. Also speaking, Hon Chief Ablokasi Joseph who is a son to Adegbelegbe and member of the community executive cabinet confirmed the visit by the delegates to th community.

He noted that the community and his family has cordial relationship and assure all company coming of their safety and assistant.